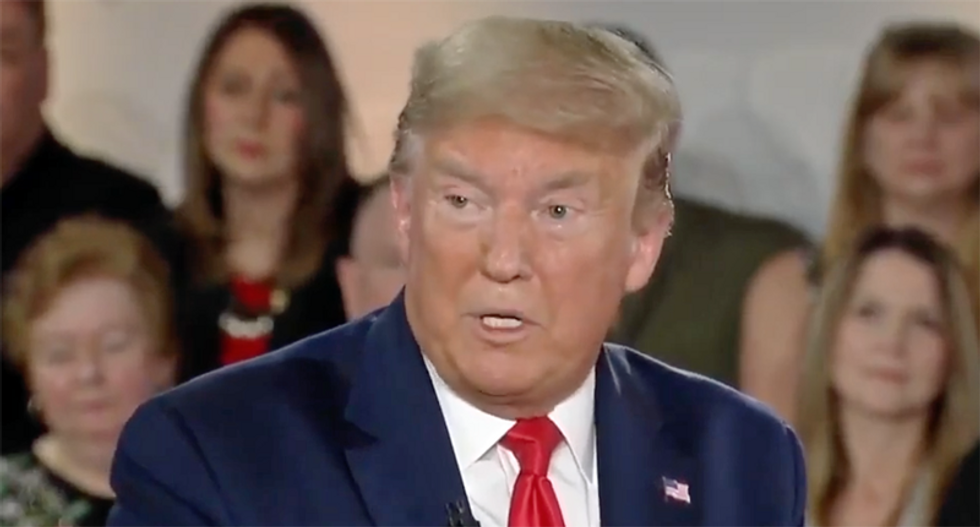 At a town hall meeting on Fox News Thursday, President Donald Trump acknowledged that his administration intends to cut entitlements.

"But if you don't cut something in entitlements, you'll never really deal with that," said the questioner.

"We'll be cutting, but we're also going to have growth like you've never had before," said Trump.

The president campaigned on protecting Social Security and Medicare in 2016. However, he has never shown any particular interest in doing so.

[Editor's note: A previous version of this story claimed that President Trump would be cutting Social Security and Medicare. This is incorrect -- the president was not that specific.]