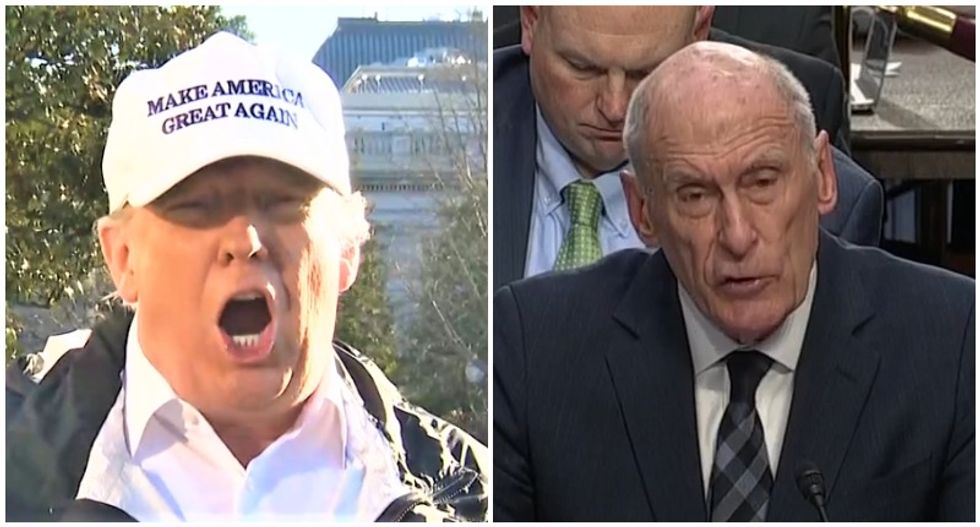 The United States was warned last year that a pandemic could lead to serious problems if President Donald Trump and his administration didn't take public health readiness more seriously.

Stanford lecturer Brett McGurk cited a document from the office the Director of National Intelligence Dan Coats' 2019 "Worldwide Threat Assessment," which specifically warns of a disease like the coronavirus.

In the section Human Security, Coates explained: "the United States and the world will remain vulnerable to the next flu pandemic or large-scale outbreak of a contagious disease that could lead to massive rates of death and disability, severely affect the world economy, drain international resources, and increase calls on the United States for support."

It has become clear that neither Trump nor his administration took the warning seriously.

Trump got rid of Coats last year after reports surfaced that Trump had been "eager" to fire him.

See the excerpt below via Mr. McGurk.