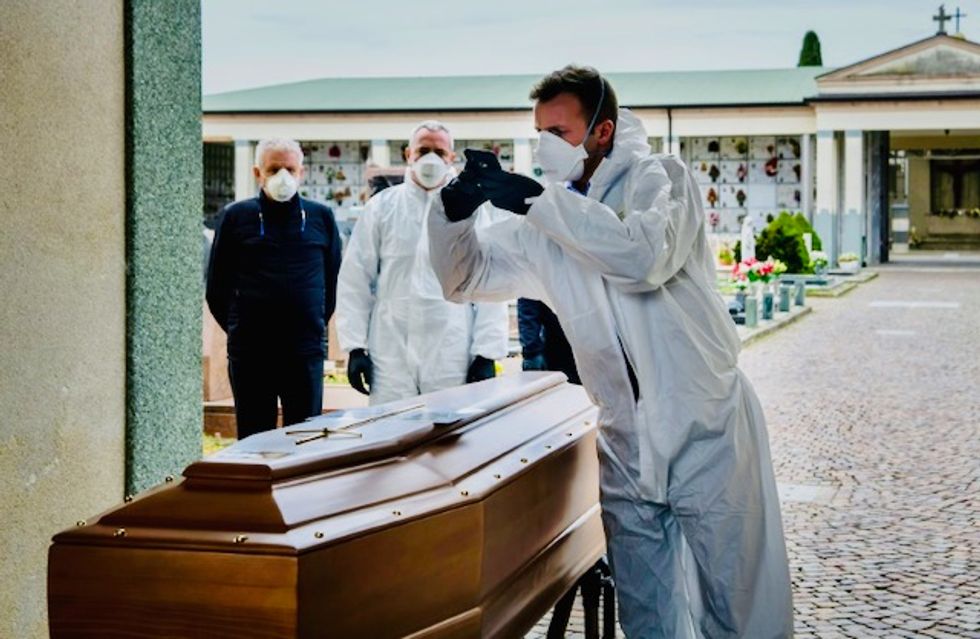 A pallbearer takes a picture of a coffin for the relatives of someone who has died, at a cemetery in the Italian province of Bergamo (AFP : Piero CRUCIATTI)

Deaths from new coronavirus in the United States surged past 2,000 Saturday, doubling in just three days, according to a tally by Johns Hopkins University.

The number of deaths late Saturday was 2,010, about a quarter of them in New York City, the country's hardest hit region, Johns Hopkins reported.

Confirmed cases in the United States topped 121,000, according to the tally.

Despite the loss of life, President Donald Trump said on Saturday that the United States would emerge "stronger."

With the courage of our doctors and nurses, with the skill of our scientists and innovators, with the determination… https://t.co/cM6JLyXMmR
— Donald J. Trump (@Donald J. Trump) 1585434611.0