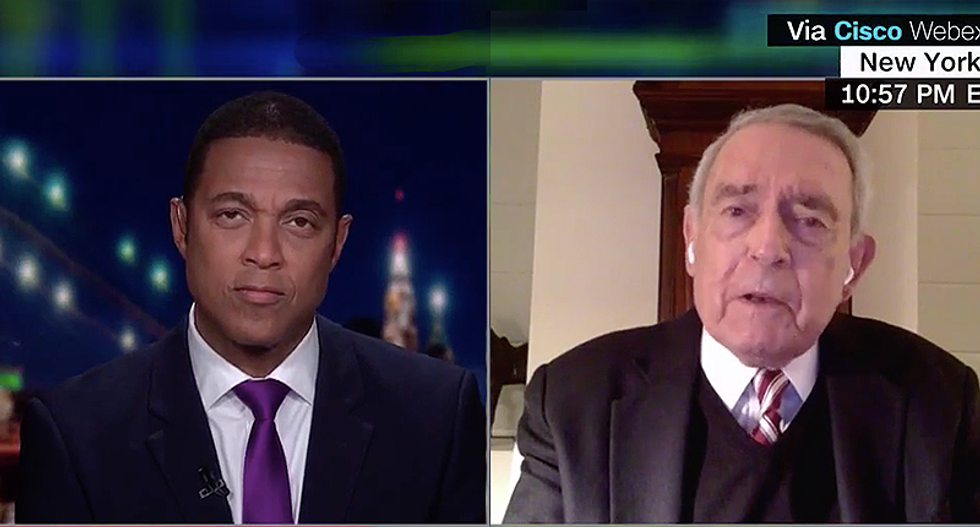 Veteran newsman Dan Rather teared up talking about American exceptionalism during times of crisis.

Speaking to CNN's Don Lemon, who had a special show late Sunday evening, Rather learned over the weekend that friend and former CBS colleague Maria Mercader had lost her life to the coronavirus.

Lemon asked if Rather had ever experienced anything like this in his life, and he said the closest thing would be the 1918 flu epidemic that killed millions, but it was before Rather was born.

"Your question, how do we get through it? I fully understand people are anxious, worried. They're fearful. The way we get through it is to remember in this 'land of the Pilgrims' Pride, land where our father's died,' we are not descended from people with any crowdedness whatsoever," he cited lyrics from "My Country 'Tis of Thee," his voice cracking with emotion. "What is needed is a little resolve and a little courage keeping in mind that courage is being afraid but going ahead and doing what you do anyway. We're at the decisive moment, what we need is each and every one of us to must aero little bit of courage, and we'll get through it."