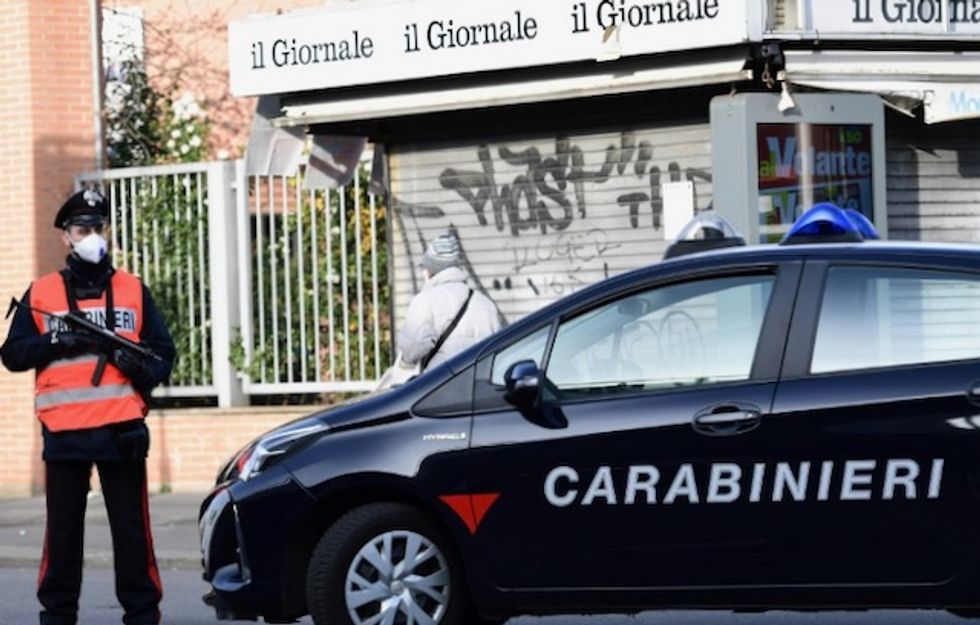 talians braced for a second day of national lockdown Wednesday after a sharp spike in coronavirus-related deaths, as New York deployed the National Guard to contain a disease that has sown worldwide panic.

Europe's hardest-hit country said the death toll from the COVID-19 virus had risen Tuesday by a third to 631, with the surging epidemic playing havoc with global sporting, cultural and political events.

While authorities in China, where the outbreak began, have declared it "basically curbed", cases are multiplying around the world, sparking panic buying in shops, and wild swings on financial markets.

Its seemingly relentless march has now claimed its first victim in Central America, with a 64-year-old man dying in Panama on Tuesday. Indonesia also reported its first death.

Beijing reported an increase in imported cases Wednesday, fuelling concerns that infections from overseas could undermine its progress in halting the spread of the virus.

Nevertheless, some companies in Wuhan, the Chinese city where the virus emerged late last year, are to be allowed to return to work -- a sign things are gradually returning to normal.

Coronavirus is infecting all walks of life, including politics, with US Democratic presidential hopefuls Bernie Sanders and Joe Biden both cancelling campaign rallies and British health minister Nadine Dorries saying she had tested positive.

And amid criticism of the US authorities' response, New York deployed the National Guard for the first time during the crisis to help contain the spread of the disease from an infection-hit suburb.

"It is a dramatic action, but it is the largest cluster in the country. This is literally a matter of life and death," said state governor Andrew Cuomo.

"People are scared, it's an unusual situation to be in," Miles Goldberg, who runs a New Rochelle bar, told AFP.

At least 28 people have died in the US with 1,025 infected, according to a tally by Johns Hopkins University -- nearly double the 550 total confirmed cases the day before.

In an unprecedented move, Italian Prime Minister Giuseppe Conte has told the 60 million residents of his country they should travel only for the most urgent work or health reasons.

AFP / Alberto PIZZOLI The virus has battered tourism around the world, with squares in Rome emptied of their usual bustle and traffic

And while squares in Milan and Rome were emptied of their usual bustle and traffic, some residents appeared uncertain if they could leave their homes for everyday tasks like shopping.

"I don't know if we can actually get out of Milan. Nobody really seems to know what's going on," said Texan Nick Manage, looking lost as he wandered around the northern city's central train station.

Pope Francis also seemed to muddy the waters, holding a mass in which he urged priests to go out and visit the sick -- something Conte has specifically discouraged.

AFP / Megan JELINGER The virus is infecting all walks of life, including politics, with US Democratic presidential hopefuls Bernie Sanders and Joe Biden both cancelling campaign rallies

Arsenal's game at Manchester City was postponed after players from the London club were put into quarantine, making it the first Premier League fixture to be called off because of the virus.

The virus has sparked doubts about the Olympics due to open in Tokyo on July 24, with the traditional flame lighting ceremony in Greece set to be held without spectators.

In the United States, organisers rescheduled the two-week Coachella music festival for October. And Disneyland Tokyo parks will be closed until early April as Japan seeks to clamp down on the virus before the Games.

The virus and the response to the crisis has prompted pandemonium on global markets with volatility not seen since the world financial crisis in 2008.

After suffering its worst session in more than 11 years earlier this week, the Dow Jones Index in New York bounced back significantly, rising five percent on Tuesday.

Politicians around the world have scrambled to put together emergency packages to ease the significant financial hardships the virus is expected to cause for households and businesses.

Asian markets were mostly down Wednesday and analysts warned of further volatility ahead.

"It's like winding up a rubber band. The more you wind it, when you let go, the more it pops," said LBBW's Karl Haeling.

But the coronavirus was not dampening spirits everywhere.

Celia, a 39-year-old Parisian who did not give her full name, said the outbreak did nothing to dampen her excitement about meeting up with the man she had been flirting with online.

"There is an element of 'the end of the world' to this virus, it... makes me want to live a little more intensely, and not necessarily in a wholesome way," she told AFP.