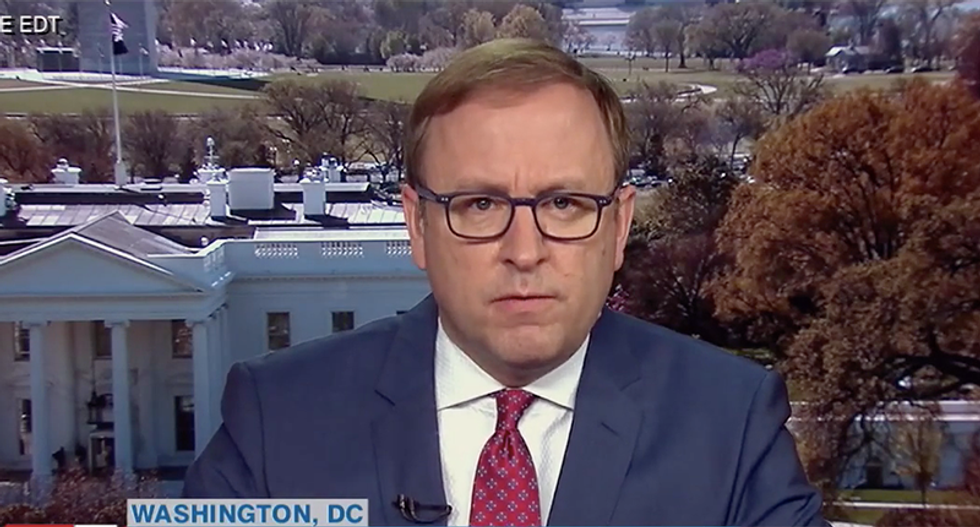 Sen. Marco Rubio (R-FL) alleged that there are journalists who are gleeful to see the soaring numbers of coronavirus cases hitting the United States. While Rubio didn't name names, ABC White House reporter Jonathan Karl was incensed and demanded he name names.

Some in our media can’t contain their glee & delight in reporting that the U.S. has more #CoronaVirus cases than… https://t.co/AdjVVD5KlG
— Marco Rubio (@Marco Rubio)1585494305.0

During a Monday appearance on "The View," Karl called the claim "outrageous, wrong and hurtful."

"I called out Sen. Rubio and I'll do it again now to say who are you talking about, Senator?" Karl continued. "And more importantly to tell him, Sen. Rubio, apologize. That tweet hit just after my friends -- our friends at CBS News lost one of their colleagues, one of their co-workers died from coronavirus. A colleague at NBC died of coronavirus. We have at least two members of the White House Press Corps who are now suspected to have coronavirus. Who does Marco Rubio think is taking joy and glee at more people being sick? That's an outrageous statement. It's a hurtful statement."

He went on to say that his book Front Row at the Trump Show also addresses this kind of rhetoric.

"It's the kind of thing that I wrote the book about, the idea of people putting out misinformation intended to further divide us," Karl continued. "We've got to put a pause on that kind of talk now. Especially from someone like Marco Rubio, someone who I've also known for a long time and he knows better than to say something like that."

His sentiment was echoed by Florida conservative Ana Navarro, who implied that he knows better.