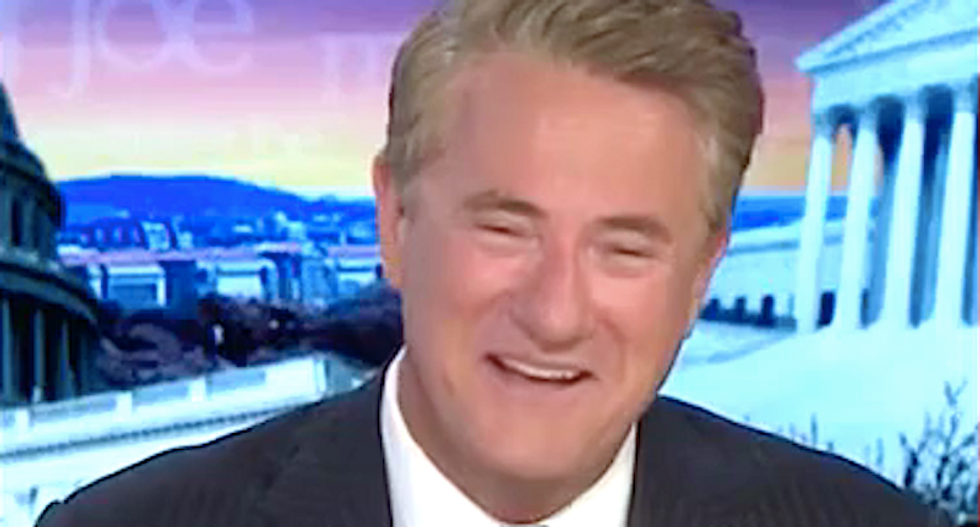 The president gloated over television ratings crosstabs that show Fox News beating MSNBC in some demographics, and the "Morning Joe" host urged his former friend to stop watching and focus on the coronavirus crisis.

"So the president, of course, with this crisis upon us, with the universities being shut down, with this health care crisis at our doorstep, the president has actually decided to tweet about our show," Scarborough said, moments after the president posted his tweet. "So that's where the president's mind is."

"Donald, I've asked you this for years," he added. "Please don't watch our show, it is better for you. You know it is, it is better for you. It is not better for us, because we've had record ratings this -- well, the past several years. But we think it is better for America that you just keep watch watching 'Fox & Friends.' You say you do, everybody that works with you tells me that you watch us every day -- not good for your health, okay? I'm not like the surgeon general, but I can tell you that you watching 'Morning Joe' every day is really bad for your mental health. So we ask if you will please, as a service to the United States of America, and those senior citizens who we're trying to protect, we ask that you watch 'Fox & Friends,' don't watch us. Stay focused and do what's best for America."

Scarborough was astonished and disturbed that Trump was distracted from a public health crisis by television shows that criticize him.

"He is worried about a cable news show," he said. "That is like, dude -- that is depressing."