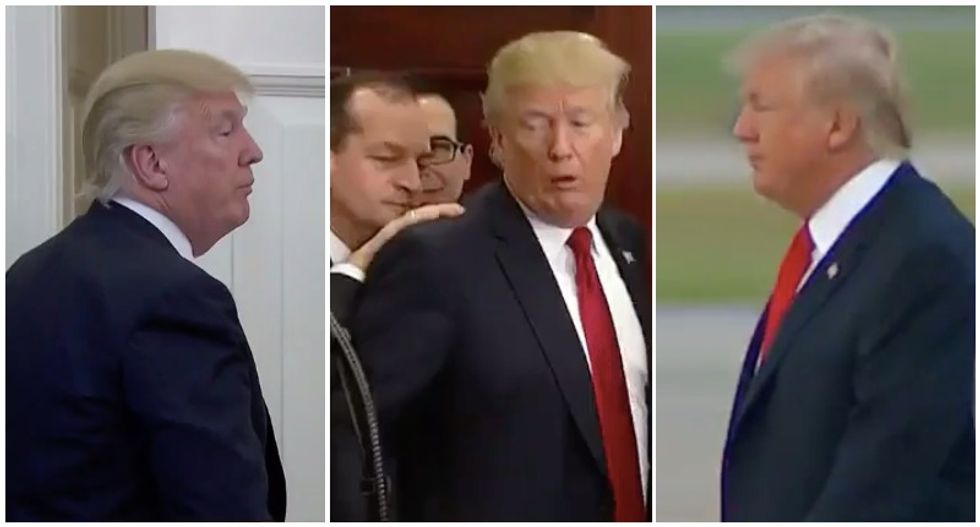 MSNBC's Joe Scarborough hooted with laughter at President Donald Trump's insistence that Joe Biden was too old and confused to be president.

The "Morning Joe" host wondered how that would work when there were so many examples of Trump himself misspeaking or just wandering off, and he rolled a supercut video of the president walking away from events in a daze, set to the tune of Dion's "The Wanderer."

"Everything Donald Trump says is either confession or projection," Scarborough said. "So, again, there's so many of these out there, you just wonder how much longer is a campaign really going to suggest that there's another candidate in the race who sometimes seems confused and disoriented, because for every clip they have, there are 30 of Donald Trump."