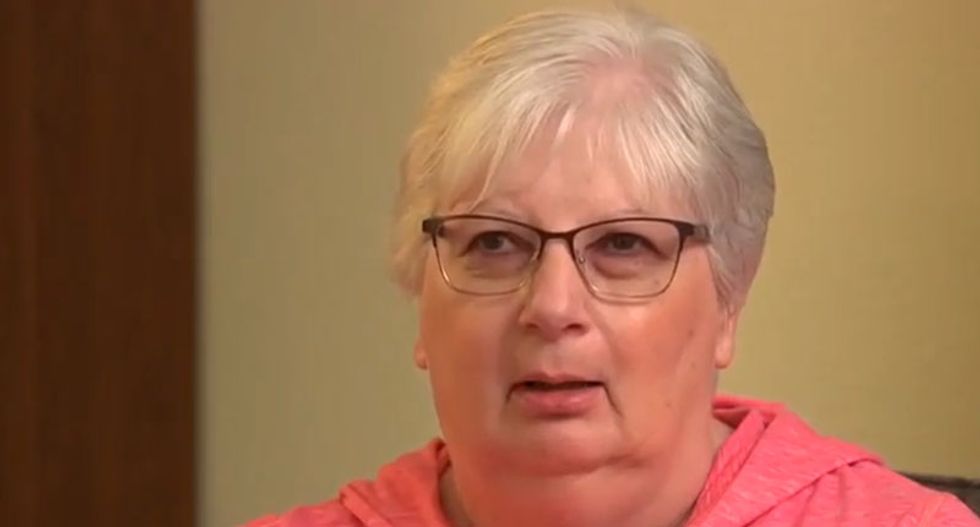 On Monday, CNN anchors were deeply moved by the plight of Debbie de los Angeles, who described how rapidly and completely her aged mother was taken by coronavirus — and her experience with the health care system in caring for her in her final days and hours.

"You first got word, what, it was last Tuesday, that your mother was ill, and she passed away less than 24 hours after that," said anchor John Berman. "Walk us through what happened."

"I got a call from the nursing home on Tuesday early morning, it was about four I think, and they told me that she had 104 fever and they suspected coronavirus," said de los Angeles. "They were just treating her with, treating the symptoms of fever. She had stopped eating and drinking, so they were having to, you know, take care of, you know what I mean, had to take care of her with the Tylenol that other way."

"And then I got a call again that wanted to know if the treatment plan was still the same, which my mom had a DNR on file, and no life saving measures and she was declining pretty quickly," continued de los Angeles. "And then Tuesday late afternoon, I got another call that she was declining very rapidly and her vitals were declining, and then about, it was 2:10 — 2:39, I'm sorry, in the morning, when I got a call from the nursing home again, and the nurse told me that mom had passed at 2:10 am, and I missed the call, so I woke up and I called right back, and they told me that she had passed, so..."

"We're so sorry," said Berman. "Now, during that time, they had never actually tested her for coronavirus, correct?"

"No, I'm hoping to find out today," she replied. "The medical examiner told me to check today back and see. They tested her postmortem and there is, I think, a couple others that they're waiting on results to. There was another lady that had similar circumstances where she got the call that, you know, she had the fever and then 24 hours later she's passed."

"I just think that life care being the epicenter around here for the virus, I mean, you figure the majority of the cases have come out of there, even one death that wasn't a resident, he visited there, that I think a priority should have been given to get tests in there to those residents, and they just, you know, they said well, tests were short, there was a shortage," she added. "Mom's nurse, you know, she just kept coming to work because she said our patients need us, even though it was really walking into a dangerous situation really every day."

"Takes a lot of courage to walk in and show up when you know what's going on there," said Berman. "I know this has been trying. We appreciate your time."

"Those jobs are demanding on a good day, working at a nursing home caring for folks like Debbie's mom," added anchor Alisyn Camerota. "And then in a situation like this, getting sick themselves, and then hearing her talk and she's not the only one about how rapid the decline is."