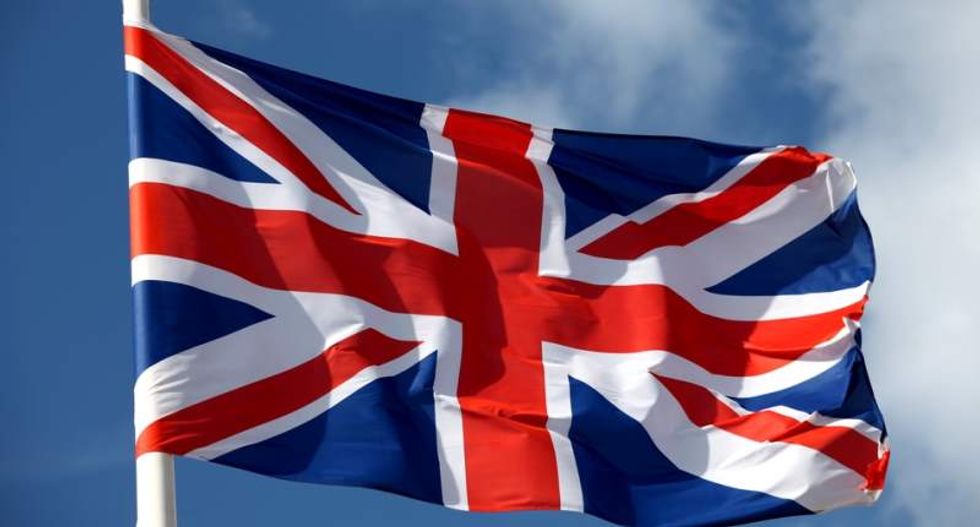 In India, during the 1918 influenza pandemic, a staggering 12 to 13 million people died, the vast majority between the months of September and December. According to an eyewitness, “There was none to remove the dead bodies and the jackals made a feast.”

At the time of the pandemic, India had been under British colonial rule for over 150 years. The fortunes of the British colonizers had always been vastly different from those of the Indian people, and nowhere was the split more stark than during the influenza pandemic, as I discovered while researching my Ph.D. on the subject.

The resulting devastation would eventually lead to huge changes in India – and the British Empire.

From Kansas to Mumbai

Although it is commonly called the Spanish flu, the 1918 pandemic likely began in Kansas and killed between 50 and 100 million people worldwide.

During the early months of 1918, the virus incubated throughout the American Midwest, eventually making its way east, where it traveled across the Atlantic Ocean with soldiers deploying for WWI. 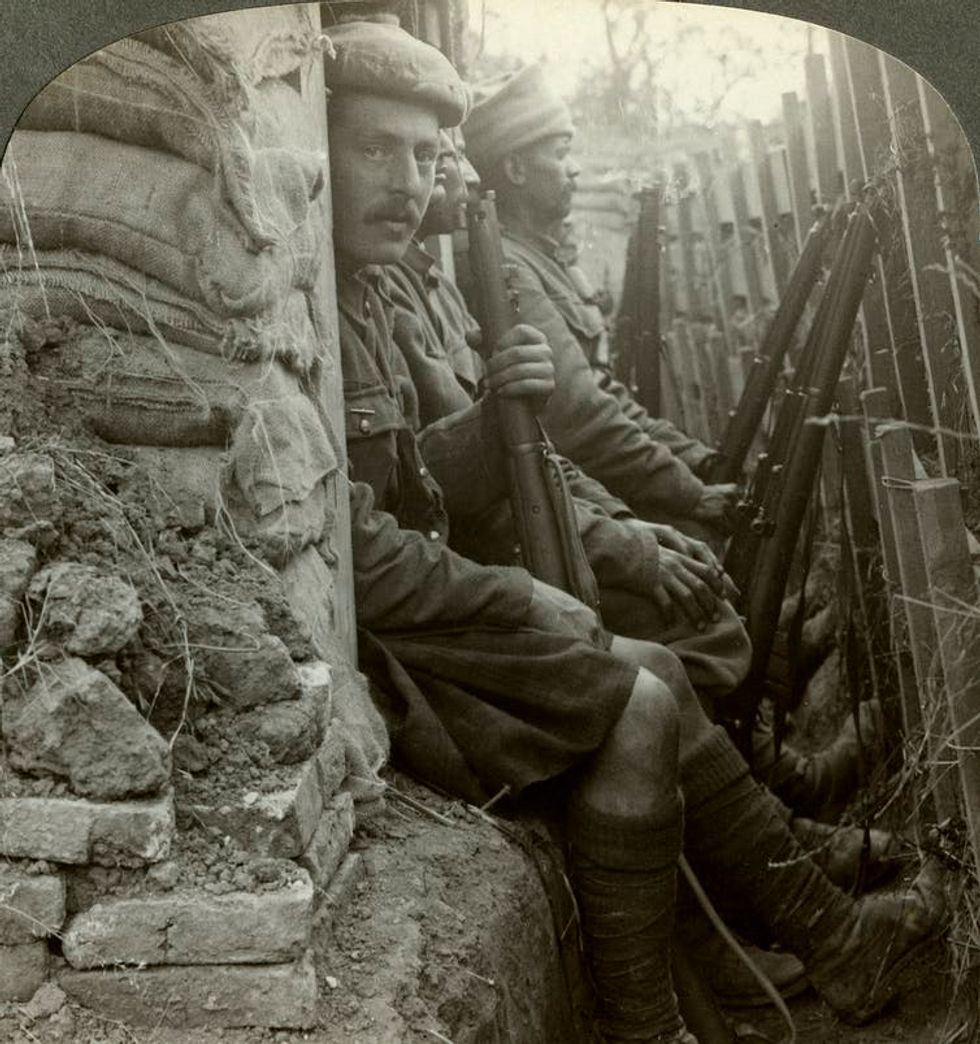 Indian soldiers in the trenches during World War I.

Introduced into the trenches on Europe’s Western Front, the virus tore through the already weakened troops. As the war approached its conclusion, the virus followed both commercial shipping routes and military transports to infect almost every corner of the globe. It arrived in Mumbai in late May.

When the first wave of the pandemic arrived, it was not particularly deadly. The only notice British officials took of it was its effect on some workers. A report noted, “As the season for cutting grass began … people were so weak as to be unable to do a full day’s work.”

By September, the story began to change. Mumbai was still the center of infection, likely due to its position as a commercial and civic hub. On Sept. 19, an English-language newspaper reported 293 influenza deaths had occurred there, but assured its readers “The worst is now reached.”

Instead, the virus tore through the subcontinent, following trade and postal routes. Catastrophe and death overwhelmed cities and rural villages alike. Indian newspapers reported that crematoria were receiving between 150 to 200 bodies per day. According to one observer, “The burning ghats and burial grounds were literally swamped with corpses; whilst an even greater number awaited removal.” 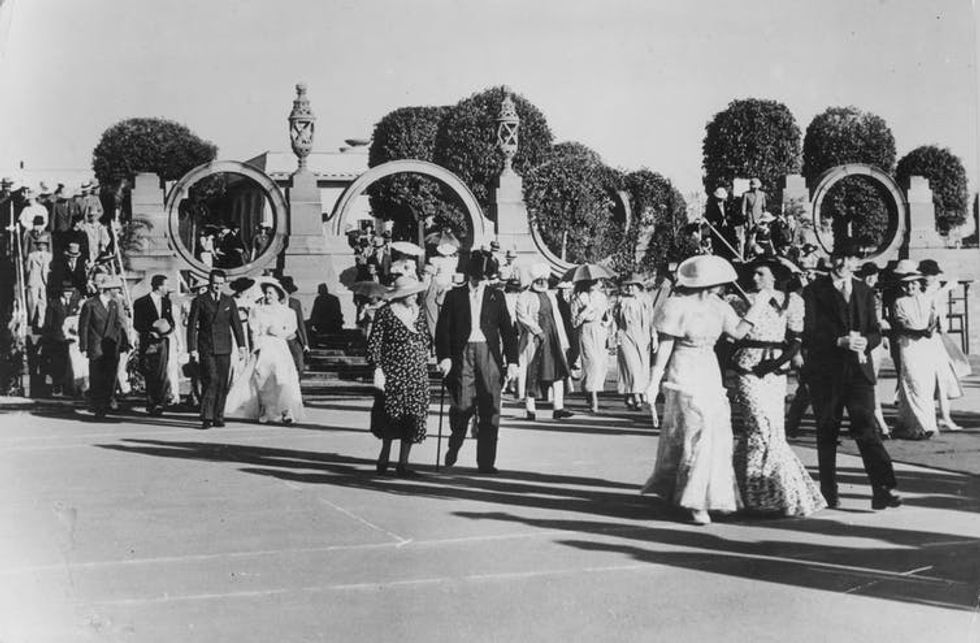 Members of the British Raj out for a stroll, circa 1918.

But influenza did not strike everyone equally. Most British people in India lived in spacious houses with gardens and yards, compared to the lower classes of city-dwelling Indians, who lived in densely populated areas. Many British also employed household staff to care for them – in times of health and sickness – so they were only lightly touched by the pandemic and were largely unconcerned by the chaos sweeping through the country.

In his official correspondence in early December, the Lieutenant Governor of the United Provinces did not even mention influenza, instead noting “Everything is very dry; but I managed to get two hundred couple of snipe so far this season.”

While the pandemic was of little consequence to many British residents of India, the perception was wildly different among the Indian people, who spoke of universal devastation. A letter published in a periodical lamented, “India perhaps never saw such hard times before. There is wailing on all sides. … There is neither village nor town throughout the length and breadth of the country which has not paid a heavy toll.”

Elsewhere, the Sanitary Commissioner of the Punjab noted, “the streets and lanes of cities were littered with dead and dying people … nearly every household was lamenting a death, and everywhere terror and confusion reigned.”

In the end, areas in the north and west of India saw death rates between 4.5% and 6% of their total populations, while the south and east – where the virus arrived slightly later, as it was waning – generally lost between 1.5% and 3%.

Geography wasn’t the only dividing factor, however. In Mumbai, almost seven-and-a-half times as many lower-caste Indians died as compared to their British counterparts - 61.6 per thousand versus 8.3 per thousand.

Among Indians in Mumbai, socioeconomic disparities in addition to race accounted for these differing mortality rates.

The Health Officer for Calcutta remarked on the stark difference in death rates between British and lower-class Indians: “The excessive mortality in Kidderpore appears to be due mainly to the large coolie population, ignorant and poverty-stricken, living under most insanitary conditions in damp, dark, dirty huts. They are a difficult class to deal with.”

Death tolls across India generally hit their peak in October, with a slow tapering into November and December. A high ranking British official wrote in December, “A good winter rain will put everything right and … things will gradually rectify themselves.”

Normalcy, however, did not quite return to India. The spring of 1919 would see the British atrocities at Amritsar and shortly thereafter the launch of Gandhi’s Non-Cooperation Movement. Influenza became one more example of British injustice that spurred Indian people on in their fight for independence. A periodical published by the human rights activist Mahatma Gandhi stated, “In no other civilized country could a government have left things so much undone as did the Government of India did during the prevalence of such a terrible and catastrophic epidemic.”

The long, slow death of the British Empire had begun.