'A stain on this country': Rick Wilson uncorks epic rant about Trump's selfishness during pandemic 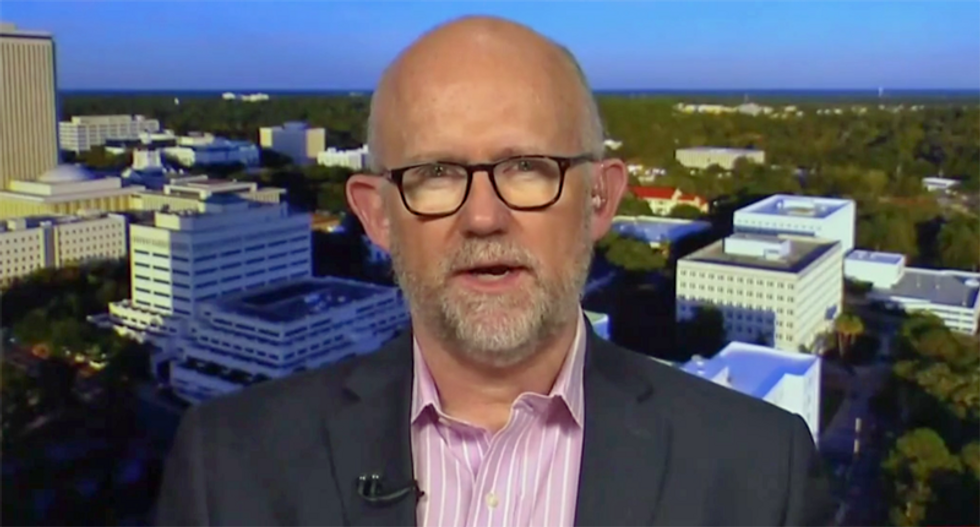 Anti-Trump conservative Rick Wilson on Tuesday night uncorked a furious rant on Twitter about President Donald Trump's handling of the COVID-19 crisis in which he excoriated the president for his supreme selfishness during a national crisis.

He started out by shredding Trump for holding daily news briefings to keep the spotlight focused on himself as a way to distract from the rapidly mounting body count happening under his watch.

"Part of his chaotic method is to exhaust people with rage and despair and fury," Wilson wrote. "He wants them to just give up and accept his sh*t. The message is, 'I have no shame, no bottom, no limits. F*ck you.' I *wish* we were still shocked by how bad he is as a President and as a man. It's a stain on this country."

He then hammered the president for making the crisis all about himself at a time when millions of Americans are suffering.

"COVID-19 will, eventually recede," he wrote. "Everyone one of you who stayed home, did the social distancing drill, sat through 100 Zoom meetings, took on homeschooling, lived right, wondered how you'd pay the rent or the mortgage, wore a mask, feared for your parents, wondered if you'd have a job in a month... none of it matters to him. It's never about you, or us. It's always about him."