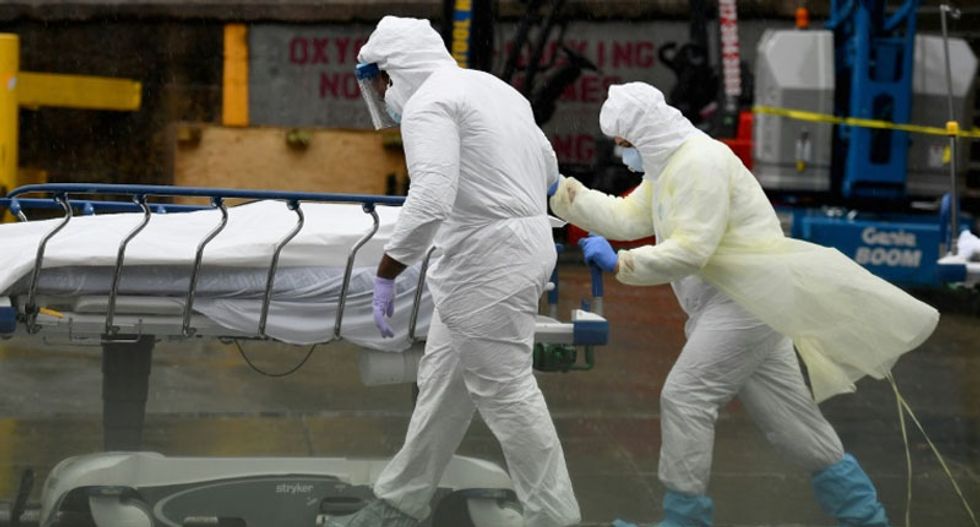 In the midst of a global pandemic, conspiracy theorists have found yet another way to spread dangerous disinformation and misinformation about COVID-19, sowing seeds of doubts about its severity and denying the very existence of the pandemic.

Since March 28, conspiracy theorists — “coronavirus deniers” — have been using the hashtag #FilmYourHospital to encourage people to visit local hospitals to take pictures and videos to prove that the COVID-19 pandemic is an elaborate hoax.

The premise for this conspiracy theory rests on the baseless assumption that if hospital parking lots and waiting rooms are empty then the pandemic must not be real or is not as severe as reported by health authorities and the media.

Of course, there is a simple explanation for why some hospital parking lots and waiting rooms might have been empty. As part of pandemic planning, many hospitals have banned visitors and doctors have had to postpone or cancel elective and non-urgent procedures to free up medical staff and resources. This is in keeping with expert advice from the Centers for Disease Control and Prevention (CDC) and other health authorities.

In addition, to slow the spread of the virus and prevent cross infections with non-COVID-19 patients, the CDC also recommended that health-care facilities create separate intake and waiting areas for coronavirus patients and reserve emergency areas for emergencies such as heart attacks and broken arms. Furthermore, with the lockdown, fewer people are exerting and hurting themselves, which has resulted in fewer visits to the emergency department for heart attacks and strokes.

This empty-hospital conspiracy theory joins a parade of false, unproven and misleading claims about the virus that have been making the rounds on social media including allegations that 5G wireless technology somehow plays a role in the spread of the COVID-19 virus, or consuming silver particles or drinking water with lemon prevents or cures you of the virus. None of these are true.

At the Ryerson University Social Media Lab, some of our research investigates how misinformation propagates across different social media platforms. One of the first steps when examining trending topics on social media is to look for signs of social bots — social media accounts designed to act on Twitter and other platforms with some level of autonomy — and coordinated inauthentic behaviour that may include coordinated activities that attempt to artificially manipulate conversations to make them appear more popular than they are.

These two forms of social manipulation, when left unchecked, can skew the conversation, manufacture anger where there is none, suppress opposition or dampen debate. These tactics may undermine our ability as citizens to make decisions and reach consensus as a society.

This new conspiracy campaign against the media and public health officials, with hospitals and medical staff caught in the middle, started on March 28 with a simple tweet by a Twitter user posing a question: “#FilmYourHospital Can this become a thing?”

For our analysis, we collected a sample dataset consisting of nearly 100,000 #FilmYourHospital public tweets and retweets posted by 43,000 public accounts on Twitter from March 28, the beginning of this campaign, until April 9.

Our analysis suggests that while the #FilmYourHospital campaign on Twitter is full of misleading and false COVID-19 claims, most of the active and influential accounts behind it don’t appear to be automated. However, we did find signs of ad hoc co-ordination among conservative internet personalities and far-right groups attempting to take a baseless conspiracy theory and turn it into a weapon against their political opponents.

Importantly, we found that while much of the content came from users with limited reach, the oxygen that fuelled this conspiracy in its early days came from just a handful of prominent conservative politicians and far right political activists like @DeAnna4Congress, @realcandaceo and @DonnaWR8. These power users employed the #FilmYourHospital hashtag to build awareness about the campaign and to encourage their followers to film what’s happening in their local hospitals. After the initial boost by a few prominent accounts, the campaign was mostly sustained by pro-Trump supporters, followed by a secondary wave of propagation outside the U.S.

As part of our ongoing research on COVID-19 misinformation, we developed the COVID-19 Misinformation Portal that features a range of resources to inform and inoculate Canadians against false and misleading claims about the pandemic. This includes documenting coronavirus claims debunked by professional fact checkers, and a Twitter dashboard tracking the presence of possible bot accounts.

In normal times, outlandish conspiracies like this might make us shake our heads, but as COVID-19 cases continue to stalk the hallways of nursing homes in Canada and fill beds in New York hospitals, it is harder to ignore such upsetting conspiracies from the dark recesses of the internet.

The rise of this conspiracy from a single tweet reminds us that while the spread of misinformation can be mitigated by fact-checking and directing people to credible sources of information from public health agencies, false and misleading claims that are driven by politics and supported by strong convictions and not science are much harder to root out.