Anger in Africa over coronavirus 'stigma' in China 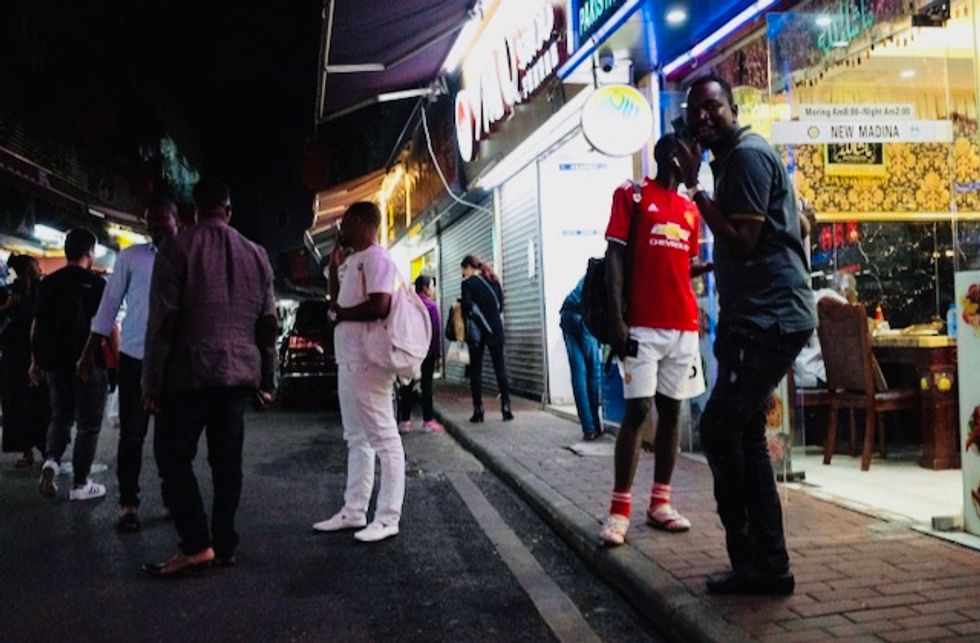 African countries are seething over accounts that Africans are battling stigma and discrimination in China over the coronavirus pandemic, apparently linked to a cluster of cases in the Nigerian community in the southern city of Guangzhou.

The African residents say they have suffered forced evictions, arbitrary quarantines and mass coronavirus tests and face discrimination in restaurants and hotels.

"We saw images of Nigerians in the streets with their possessions and this was of course extremely distressing for us at home," Nigerian Foreign Minister Geoffrey Onyeama told Chinese ambassador Zhou Pingjian on Tuesday.

He said the situation was "unacceptable" to Nigeria's government and people, and demanded "immediate action" from the Chinese authorities.

The African Union on Saturday expressed its "extreme concern" about the situation in Guanghzou and called on Beijing to take immediate corrective measures.

The controversy coincides with a Chinese charm offensive in Africa.

Diplomats said around 20 African countries are drawing up a joint letter to Beijing to say that mass virus tests and quarantines imposed specifically on Africans amount to "racism".

The draft letter, a form of diplomatic correspondence called a note verbale, describes this as a "clear violation of human rights", the sources say.

Local authorities in Guangzhou, a city of 15 million, said at least eight people diagnosed with coronavirus had spent time in the city's Yuexiu district, known as "Little Africa".

Five were Nigerian nationals who sparked widespread anger after reports surfaced that they had broken a mandatory quarantine and been to eight restaurants and other public places instead of staying home.

Several Africans told AFP they had been forcibly evicted from their homes and turned away by hotels. One said he had been sleeping under a bridge for four days and could not find a store that would allow him to buy food.

On Sunday, as international pressure mounted, the foreign ministry in Beijing issued a statement saying the country attached "great importance to the life and health of foreign nationals" and rejected all "racist and discriminatory" remarks.

The US fast-food chain McDonald's apologised after a sign in one of its restaurants in Guangzhou told black people they were banned from entering.

The global pandemic was caused by a novel form of coronavirus that scientists say leapt the species barrier to humans through a live animal market in the Chinese city of Wuhan.

China has reacted furiously to any references that it says could spur xenophobia because of the virus's origins.

In the context of Africa, the affair is diplomatically embarrassing for China, as it has sent doctors, medical equipment and other help to impoverished countries in Africa imperilled by the virus.

The hugely appreciated gestures include a team of 15 doctors who arrived in Abuja last week aboard a plane filled with anti-coronavirus gear including a consignment of 50,000 masks and 11,000 rubber gloves that landed Tuesday morning in South Africa, the continent's worst-hit country.

The United States in recent years has seen its clout in Africa wane as China has thrown open the credit spigot, providing billions in loans for Chinese-made infrastructure projects.

Washington has been quick to point the finger in the latest storm.

"The abuse and mistreatment of Africans living and working in China is a sad reminder of how hollow the PRC-Africa partnership really is," a State Department spokesperson said on Saturday, using the acronym for the People's Republic of China.

"At a time when we should be supporting one another to recover from a pandemic, PRC officials recklessly hid from the world, Chinese officials are busy evicting African students into the streets without food or shelter."