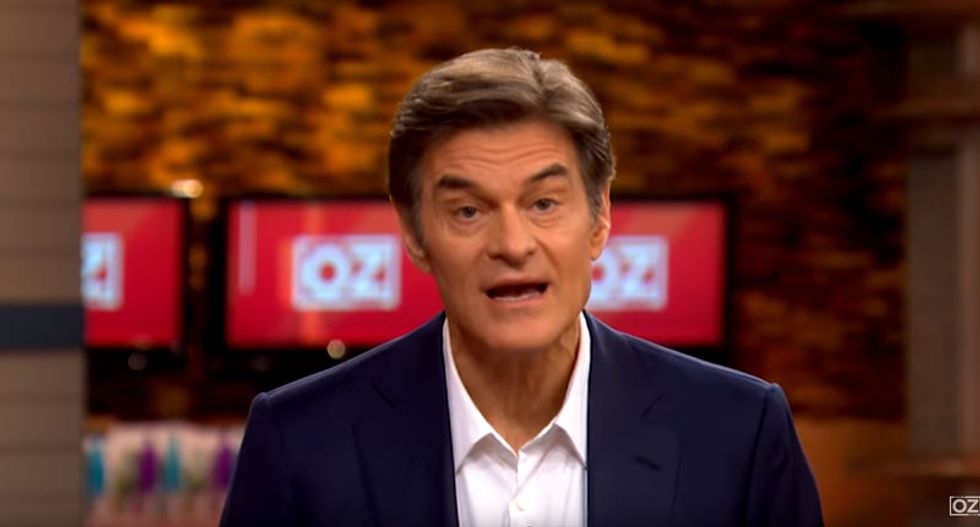 Mehmet Cengiz Öz, better known to America's TV viewers as Dr. Oz, is calling for the nation's schools to be re-opened despite the coronavirus pandemic that has already killed over 34,000 Americans. He argues that the cost will be "only" an additional 2% to 3% in additional lives lost as a result – a "tradeoff" he suggested that would be worthwhile to get the economy re-opened.

"Schools are a very appetizing opportunity," Dr. Oz told Sean Hannity (video below). "I just saw a nice piece in The Lancet arguing the opening of schools may only cost us 2% to 3% in terms of total mortality," Dr. Oz, who is actually a real, albeit "celebrity" doctor, said Wednesday.

"Any life is a life lost but to get every child back into a school where they are safely being educated, being fed, and making the most of their lives, with the theoretical risk on the back side, might be [a] tradeoff some folks would consider."

Dr. Oz, who has been labeled an "alleged quack," is promoting the use of the malaria drub hydroxychloroquine to treat coronavirus patients, despite there being no hard evidence it works – and studies show it can be deadly. He's advising President Donald Trump on the drug.

Many are interpreting his words – which were at best poorly chosen especially for a professional who has taken an oath to "do no harm" – as meaning "only" an additional death of 2% to 3% of the nation's children would die, which is horrific, but incorrect.

Oz, who's a promoter of the malaria drug hydroxychloroquine to treat coronavirus patients, saying opening schools would add an additional 2% to 3% to the total death toll, which is also horrific.

Doing some quick math, the total death toll as of today would increase by about 850 people. That's actual people, maybe your neighbor, a family member, a colleague, a friend. Dr. Oz is saying an extra 850 people would be a "tradeoff" to consider.

And he's saying the government should make that decision.

Which sounds something akin to Sarah Palin's "death panels" being made real.

Here's how some are responding on social media:

@atrupar Dr. Oz has proven himself to be a grifter time and time again. Anyone still listening to him is playing th… https://t.co/4wEubusyUt
— Tuxedo Mask (@Tuxedo Mask) 1587051553.0

Congrats to #DrOz for reminding us that the leap from quack to mass murderer is shorter than you'd think.
— Palmer Report (@Palmer Report) 1587068544.0

Dr. Oz has already said #hydroxychloroquine has NO side-effects and could treat #COVID19 with only anecdotal eviden… https://t.co/3X54oior3i
— Peter Morley (@Peter Morley) 1587061825.0