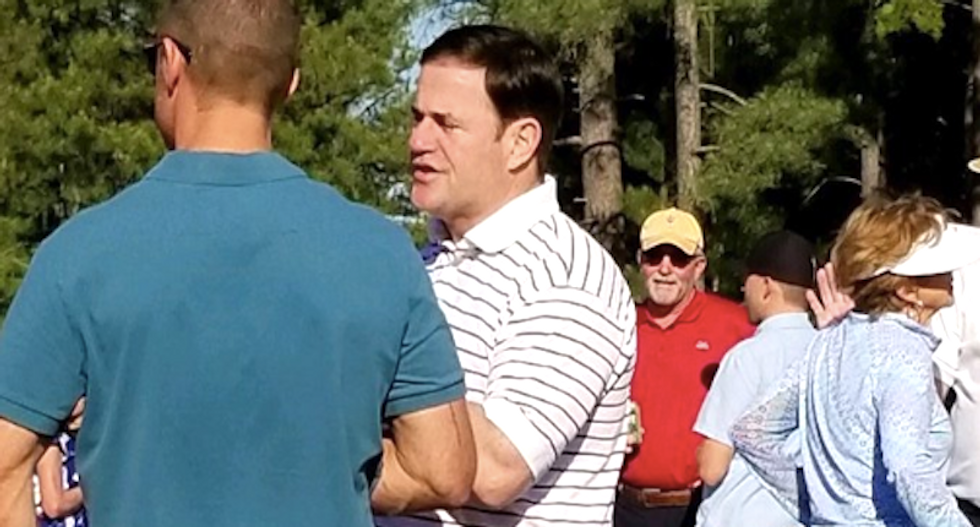 Republicans control the Arizona House of Representatives by just 31-29. A loss of just one seat in the 2020 elections would force them to share power with Democrats, and a loss of two seats would give Democrats control of the chamber outright for the first time since 1966.

According to The Arizona Republic, the GOP may well be on their way to losing one of those seats — for an incredibly bizarre reason.

"Unless Rep. Shawnna Bolick really is living in a tiny box on Bell Road, she may be in a heap of trouble," wrote Laurie Roberts. "A lawsuit was filed on Monday asking a judge to toss Bolick off the ballot. This, because she listed her residential address as 610 E. Bell Road, 2-142, both on her nominating petitions and on her circulator verification forms. Then she declared 'under penalty of perjury' that the information was true. That address is a UPS store."

"Bolick will have a chance to explain at a hearing before Maricopa County Superior Court Judge Scott McCoy on April 29 how she’s exempt from the state law that says a candidate 'shall sign and cause to be filed a nomination paper giving the person’s actual residence address or description of place of residence and post office address,'" wrote Roberts. "If the one-term Republican is tossed from the Aug. 4 ballot, that should clear the way for Democrats to pick up the seat."

Incredibly, this isn't even the first time this election cycle that a Republican has falsely listed a UPS store as their place of residence. Rep. Steve Watkins (R-KS) is facing identical allegations.