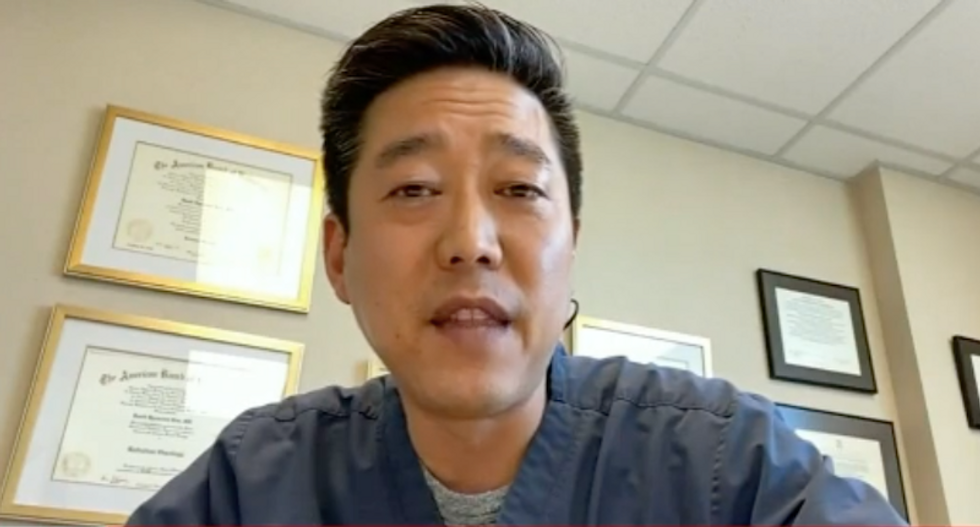 An Indiana doctor says he was kicked out of a gas station because he's Asian.

David, who asked to use his first name only, told WISH-TV he stopped Friday at a Marathon gas station in Martinsville, and the clerk immediately demanded to know where he was from and told him to leave.

The clerk asked David if he was Chinese and pointed to a "coronavirus prevention" sign on the door that asked customers not to enter if they have a fever or feel ill -- which the doctor did not.

“I’ve never experienced anything like this,” David told the TV station. “He continued to ask where I’m from and yelling at me, and then I told him that I am from Korean descent but was born in Louisville, Kentucky, and haven’t traveled out of the country in many many years -- And he just went off.”

David regularly stops at that gas station to fuel up on his way to Indianapolis, where he treats cancer patients, but he won't be going back.

“He was very angry and told me to get out," David said. "I wasn’t allowed to buy anything. I’m not allowed to use the bathroom there. ‘Never come back, don’t ever come back,’ in a very violent and hateful way."

Employees called the police after TV reporters stopped by to ask for an explanation, and the police chief said they were notified of the incident last week and had told the gas station's manager that discrimination was not permitted.

No hate crime laws are on the books in Indiana, and police Chief Kurt Sprivey believes the incident involved an employee who crossed the line.

“Exactly what I was told was that anyone of Chinese descent was not allowed in the store, and it was directly related to the spread of coronavirus,” Sprivey said.