Bill Barr threatens legal action to force states to reopen: ‘We have to give businesses more freedom to operate’ 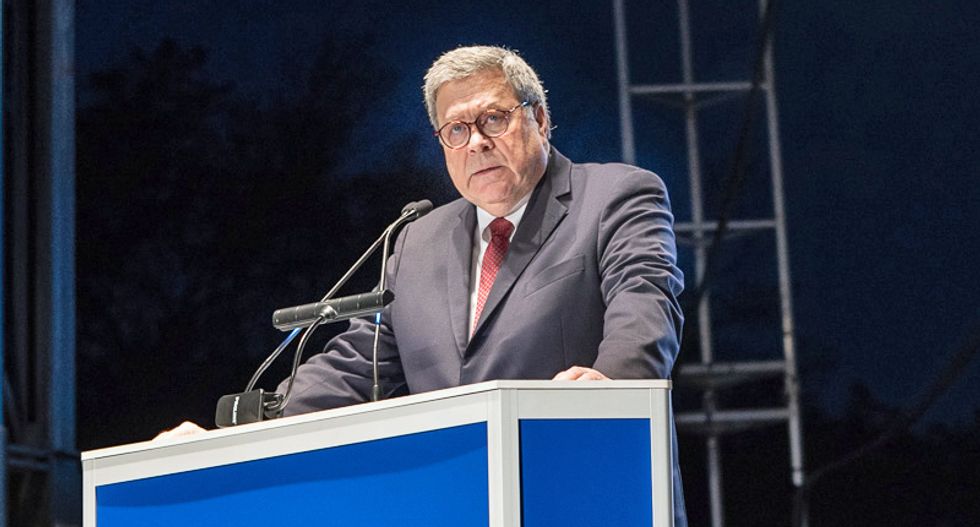 President Donald Trump's attorney general told talk radio host Hugh Hewitt that extraordinary measures to fight the spread of coronavirus were justified, but Barr argued that at some point they infringed on constitutional rights, reported Bloomberg.

“We have to give businesses more freedom to operate in a way that’s reasonably safe,” Barr said. “To the extent that governors don’t and impinge on either civil rights or on the national commerce -- our common market that we have here -- then we’ll have to address that.”

The president has stoked tensions with Democratic governors who have imposed stay-at-home and other drastic measures during the public health crisis, and small protests against stay-at-orders in many states have drawn widespread attention.

“These are very, very burdensome impingements on liberty, and we adopted them, we have to remember, for the limited purpose of slowing down the spread, that is bending the curve,” Barr said. “We didn’t adopt them as the comprehensive way of dealing with this disease.”

The attorney general agreed with Trump's call to reopen businesses in the weeks ahead, and which GOP governors have signaled they're willing to do soon.

On Tuesday, David Brody, a former panelist on "Meet the Press" and the host of a pro-Trump show on the Christian Broadcasting Network, compared the current push for vaccinations to Nazi Germany.

"For the past few months or so, the federal government has been pushing, and in some cases forcing, Americans to take a vaccine that many Americans are just afraid to take," said Brody. "If that's you, you've probably been called crazy, an anti-vaxxer, a conspiracist, all sorts of names. But the truth is, it's not you. It's them. It's the government that could be in violation here, of risking the health and safety of millions of Americans who they prompted to take this highly experimental vaccine."

Republican Arkansas Gov. Asa Hutchinson earlier this year signed a bill that banned schools from enacting mask mandates for students and faculty -- and now he admits this was a mistake.