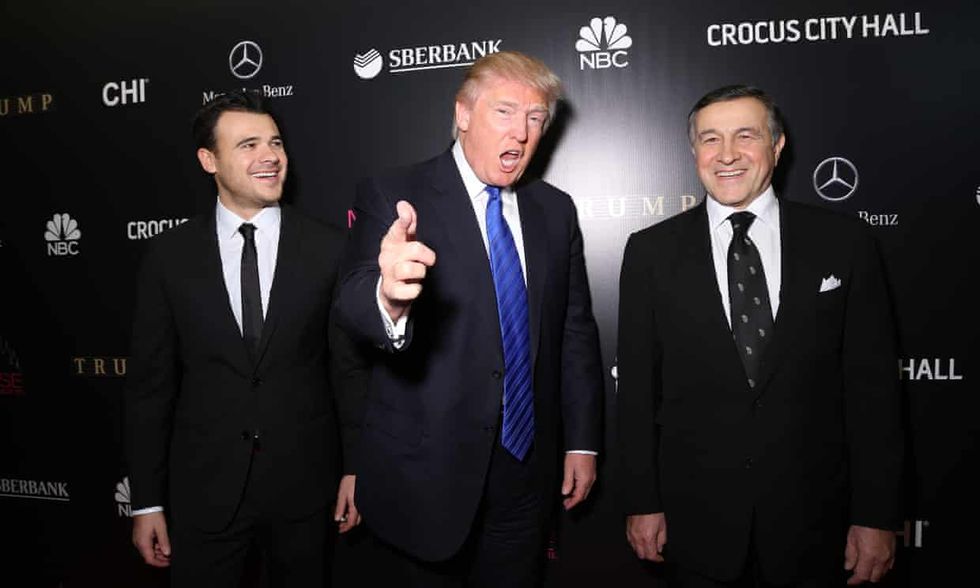 According to the Daily Mail, Agalarov said the coronavirus shutdowns have caused his Crocus Group business is in trouble. He mostly handles shopping malls, exhibition facilities, an aquarium, restaurants and fitness clubs that employs about 15,000 people. Those businesses are all now shutdown due to the coronavirus crisis.

"The story is, I'm sitting in this office like [the] captain of a small boat, and watching it sink," he told Russian media group RBC. "And I can't do anything, it's impossible to influence it in any way."

According to Agalarov, Putin isn't any help, either.

"A ship of 15,000 people is just slowly sinking before the eyes of the captain of the ship, who cannot even pump out water because they simply do not provide an opportunity," he continued, referring to Putin's government.

He will get some profit from the government as the Crocus Expo exhibition center near Moscow is being used as a staging location for additional hospital beds for COVID-19 patients.

Agalarov and his son Emin were a large part of former special counsel Robert Mueller's investigation into Russian intrusion of the 2016 election. The two were involved in the notorious Trump Tower meeting with a Russian attorney promising "dirt" on opponent Hillary Clinton.

Trump once called the Agalarovs "the best family in Russia."