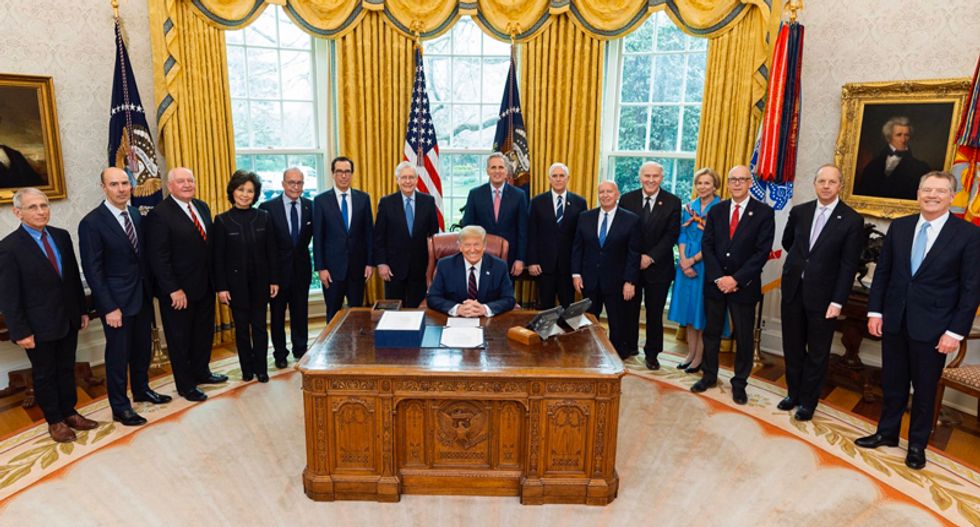 A last-minute provision tucked into the coronavirus recovery bill allows the Federal Reserve to set up a $450 billion bailout plan with almost no oversight.

The previously unreported provision -- which makes the bailout funds exempt from the federal open meetings law -- was inserted into the 880-page bill during the rush to get it passed, Politico revealed.

The central bank won't be required to announce its meetings or keep most records about discussions about which firms might benefit from the bailout, although the board would have to record its votes -- which could remain out of public view until after the crisis is over.

“We may never know what terms are being given to banks, what collateral is being offered, what repayment methods and duties banks and other financial institutions may have, and those are important questions,” said Charles Glasser, a media attorney who sued the Federal Reserve over public records related to the 2008 financial crisis. “This is written too broadly and allows the Federal Reserve to avoid its responsibilities of public disclosure as the courts have described them."