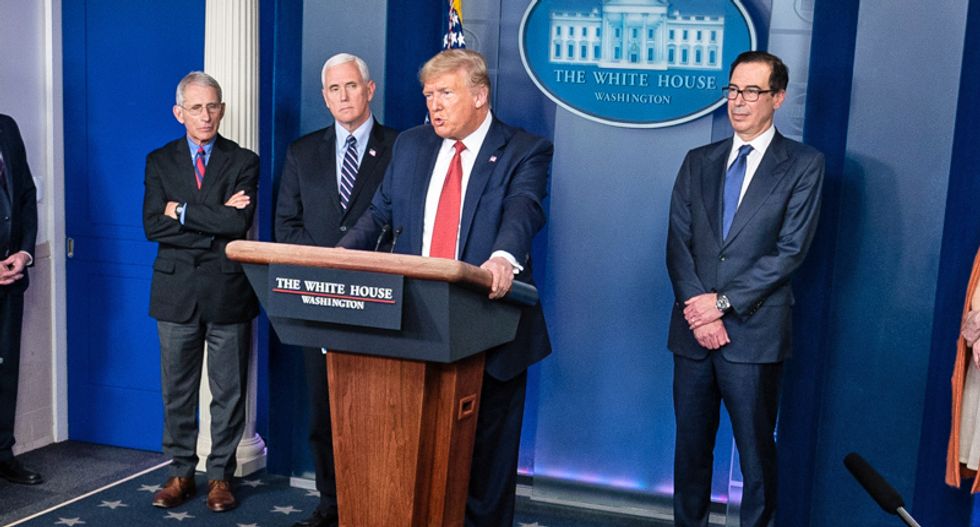 In his column for the Washington Post, conservative Max Boot pointed out that, while the coronavirus is the worst at this time that ails the country, a close second is Donald Trump and his rabid supporters who have held the country up from stemming the deadly tide of the pandemic.

As Boot explained, "The most dangerous contagion we now confront is the coronavirus, which has killed more than 20,000 Americans and thrown more than 16 million out of work. The second-most-dangerous contagion is the conspiracy-mongering, hostility to science and outright irrationality promulgated by President Trump and his loudmouth media enablers,'before adding, "It will take intensive contact tracing to follow the spread of crackpot ideas: Is Trump infecting the cable news hosts, or are they infecting him? Suffice it to say, the president and his media fans are both afflicted with perilous misconceptions that are making the threat from the coronavirus far more acute."

Noting that Trump had called earlier concern by Democrats about COVID-19 a "hoax," Boot went on to lay waste to the president and his "media toadies."

"Because the Trumpified right lives in a world of 'alternative facts,' we are back to where we were a few weeks ago, with many conservative commentators and administration officials once again braying for the economy to reopen. Trump — Fox viewer No. 1 — is listening intently, and he is receptive to the message because he is seeing his poll numbers fall as the unemployment numbers rise. The Post reports that Trump is now aiming to restart the economy by May 1," he wrote.

"Luckily, he does not have the 'absolute authority' to do that, as he claimed on Friday, but, unfortunately, he does have the ability to persuade many of his followers — including red-state governors — to go back to business as usual," Boot continued before warning, "Doing so prematurely would be extraordinarily dangerous. The University of Washington model that so many conservatives cited to minimize the risk explicitly states that it is premised on maintaining 'full social distancing through May 2020.' Internal government projections, reported by the New York Times, show that 'if the administration lifts the 30-day stay-at-home orders, the death total is estimated to reach 200,000.'"

The conservative critic then noted experts calling for millions of more tests for the virus, but lamented that the president -- with the full support of his followers -- will likely ignore the health experts.

"Will Trump listen?" Boot asked. "It’s hard to talk sense into a president who thinks that a virus can be defeated by antibiotics. Public health officials such as Anthony S. Fauci and Deborah Birx are like the passengers in a car that Trump is slowly driving down a winding mountain road: Can they convince the president that we won’t get to our destination faster by simply going straight off the cliff?"