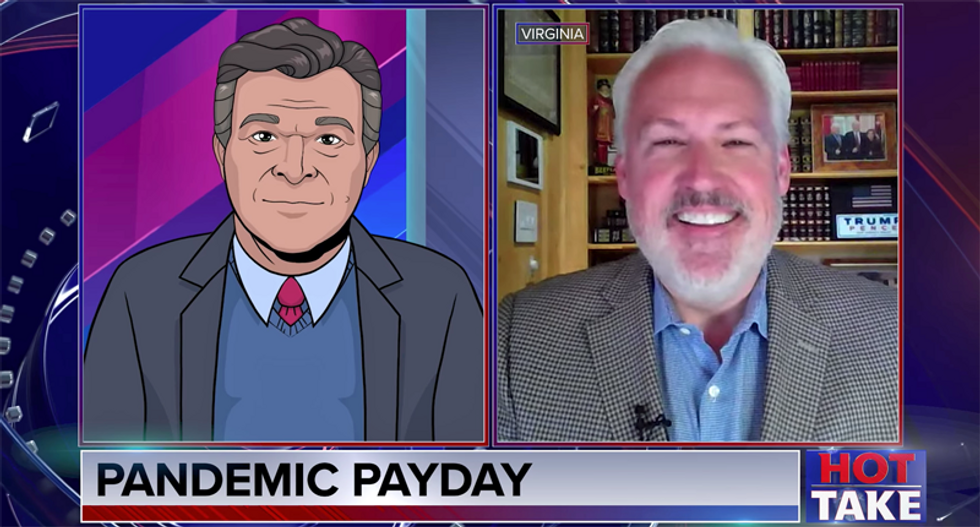 Schlapp's organization puts on the giant Conservative Political Action Convention (CPAC), which refused to cancel despite the outbreak of the coronavirus pandemic. Both President Donald Trump and Vice President Mike Pence attended the event.

“If you guys can go to work and not get sick, I think it’s time to let other people work,” Schlapp told the fictional cartoon characters.

“Matt, you got the job done!" the cartoon character said, with the chyron "pandemic payday" was on-screen.