Deaths and desperation mount in Ecuador, epicenter of coronavirus pandemic in Latin America 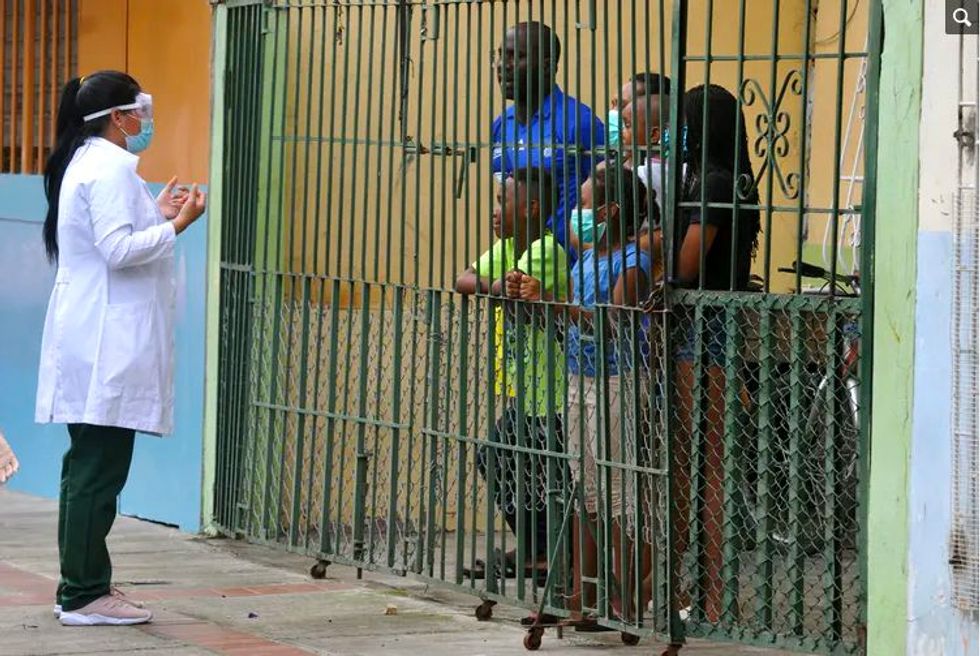 A doctor checking for COVID-19 symptoms in a family in Guayaquil, Ecuador, April 14, 2020. José Sanchez/AFP via Getty Images

Dead bodies are lying at home and in the streets of Guayaquil, Ecuador, a city so hard-hit by coronavirus that overfilled hospitals are turning away even very ill patients and funeral homes are unavailable for burial.

Data on deaths and infections is incomplete in Ecuador, as it is across the region. As of April 22, Ecuador – a country of 17 million people – had reported almost 11,000 cases, which on a per capita basis would put it behind only Panama in Latin America. But the true number is likely much higher.

The government of Guayas Province, where Guayaquil is located, says 6,700 residents died in the first half of April, as compared to 1,000 in a normal year. A New York Times analysis estimates Ecuador’s real coronavirus death toll may be 15 times the 503 deaths officially tallied by April 15.

In a pandemic that has largely hit wealthy countries first, Ecuador is one of the first developing countries to face such a dire outbreak.

Wealth is no guarantee of safety in an epidemic. Italy and the United States have both run short of necessary medical equipment like ventilators and dialysis machines. But experts agree poorer countries are likely to see death rates escalate quickly.

Our own academic research on Ecuadorean politics

and human security in past pandemics suggests that coronavirus may create greater political and economic turmoil in a country that already struggles with instability. 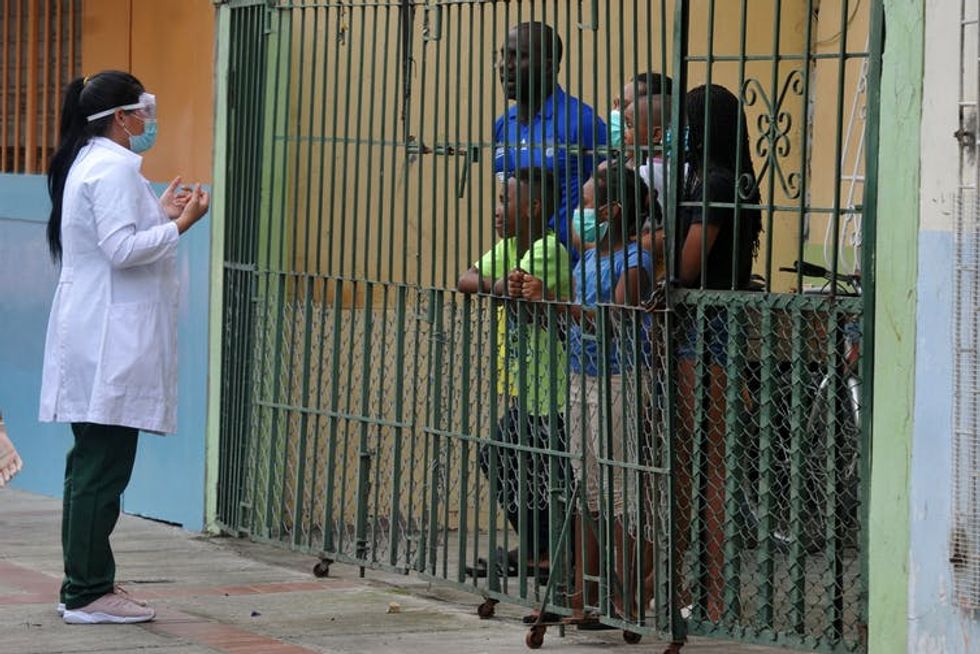 A doctor checking for COVID-19 symptoms in a family in Guayaquil, Ecuador, April 14, 2020.

Its rapid escalation prompted panicked officials to impose social isolation quickly as a containment strategy. Ecuador’s restrictions on movement are strict and getting stricter.

Ecuadorians may not leave their homes at all between the hours of 2 p.m. and 5 a.m. Outside of curfew, they may only go out to get food, for essential work or for health-related reasons, wearing masks and gloves. Public transport is canceled.

In Quito, Ecuador’s capital, people may only drive one day a week as determined by their license plate.

This is the second time in a year Quito residents have found themselves under lockdown. In October 2019, a nighttime curfew was established quell massive protests against austerity measures that were imposed in exchange for a large loan from the International Monetary Fund.

The protests, led by indigenous groups, dissipated after President Lenín Moreno backed away from austerity – but not before at least eight people were killed.

Ecuador has been more proactive in responding to the epidemic than many neighboring countries.

In Brazil President Jair Bolsonaro has largely downplayed the severity of the coronavirus, despite thousands of new COVID-19 infections reported every day. In Venezuela the power struggle between the government of Nicolás Maduro and the opposition government of Juan Guaidó impedes any coordinated pandemic response.

Most Latin American leaders who have taken decisive action against coronavirus see stay-at-home orders as the only way to avoid collapse of their fragile, underfunded health systems.

Panama is limiting outings based on gender, allowing men and women to leave their homes three days each. Everyone stays home on Sundays.

El Salvador’s president sent soldiers to enforce a 48-hour full lockdown of the city of La Libertad that prohibited residents from leaving home for any reason – including to get food or medicine.

It’s unclear how such restrictions can persist in a region with considerable poverty and social inequality. Large numbers of Latin Americans live day-to-day on money they make from street trading and other informal work, which is now largely banned. Hunger threatens across the region. 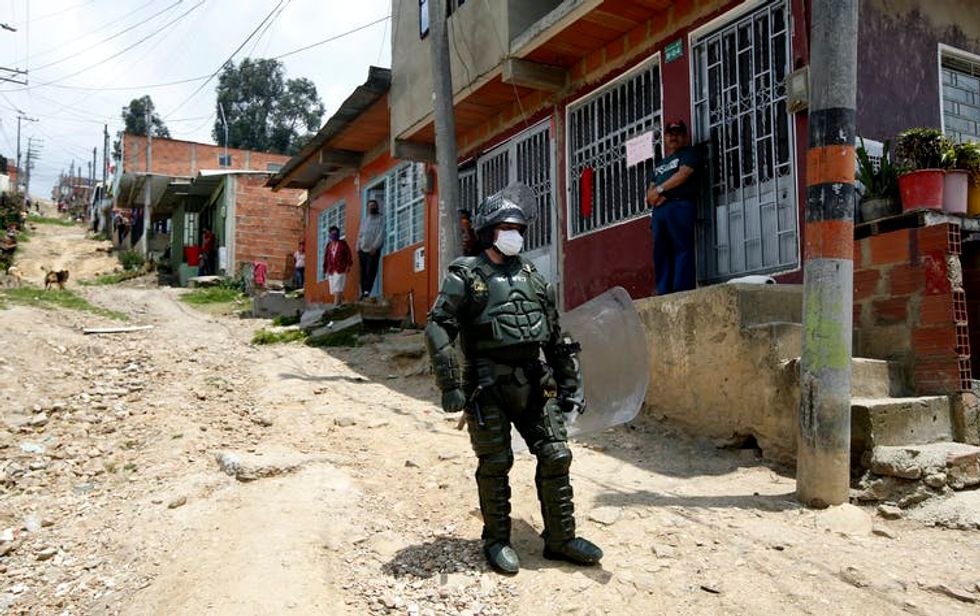 In Ecuador, where the average annual income is US$11,000, the Moreno government is giving emergency grants of $60 to families whose monthly income is less than $400. It has opened shelters to get homeless people off the streets and commandeered hotels to isolate the infected.

An active network of community organizations is also working to provide basic food and shelter to the needy, which includes most of the quarter million Venezuelan refugees who entered Ecuador in recent years.

Despite its active coronavirus response, Ecuador is unlikely to cope well if the epidemic spreads quickly from Guayaquil into the rest of the country.

Ecuador has a quarter as many ventilators per person as the United States. Testing for COVID-19 is scarce and has largely been outsourced to private corporations, making it prohibitively expensive. 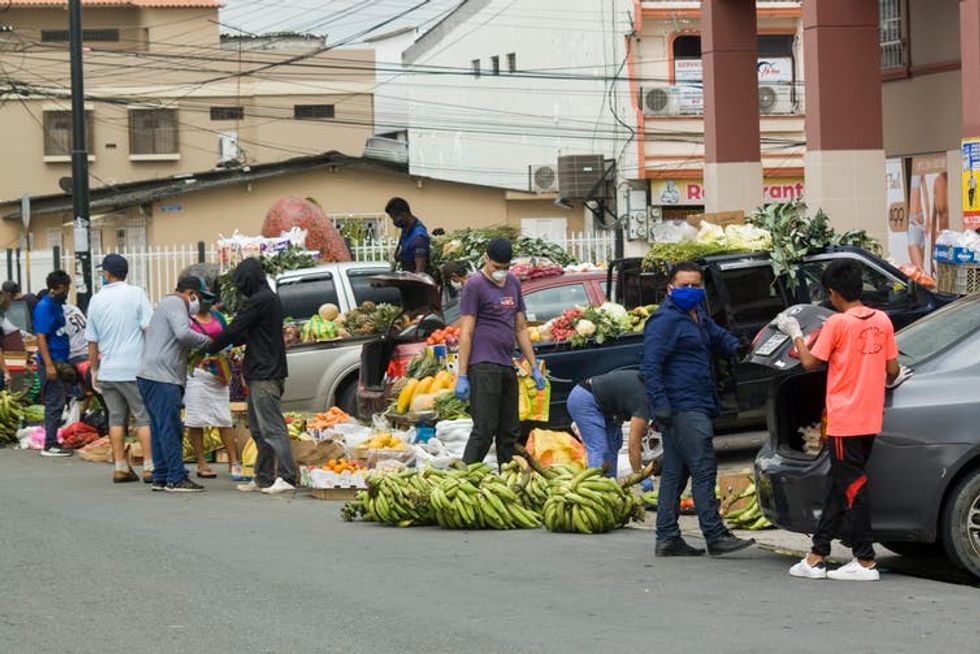 Ecuador’s economy is in crisis after the collapse in oil prices and tourism. And while last year’s deadly protests are over, politics – and political unrest – continue to polarize the nation.

On April 7 Ecuador’s highest court sentenced the popular but divisive leftist former President Rafael Correa to eight years in prison on corruption charges. Correa, who now lives in Belgium, says the charges are fabricated to ensure he cannot run for office again. His conviction increases political divisions during a crisis that calls for unity.

Ecuador’s death rate is starting to slow after more than a month of lockdown. But the specter of COVID-19 victims lying unburied at home, in hospital hallways, and on the streets, hangs as a specter across Latin America.

Guayaquil is a grim forecast of how this pandemic kills in the less wealthy world.