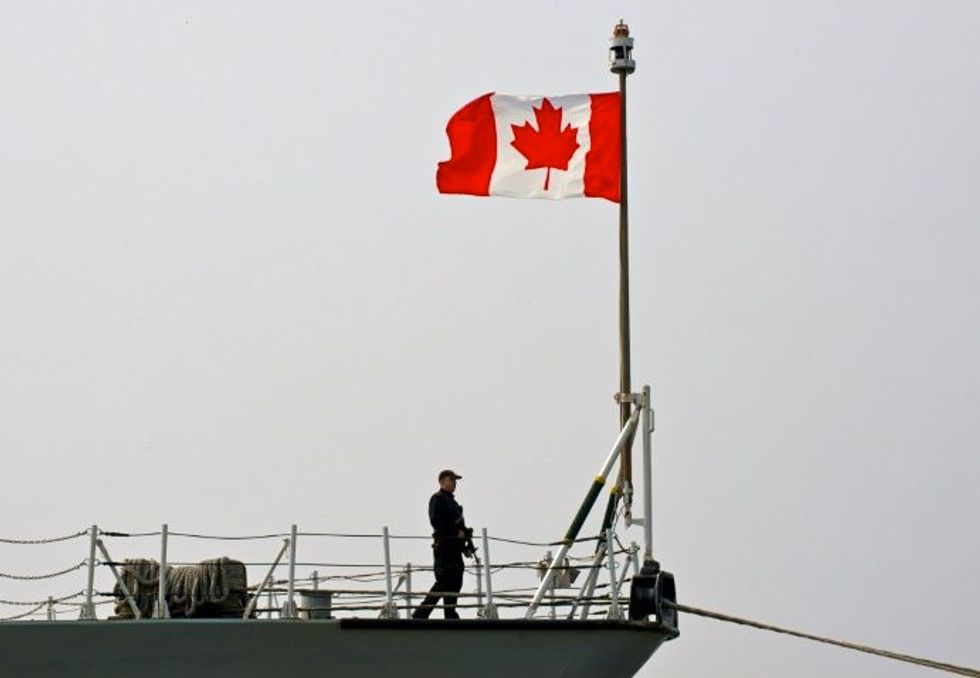 Debris from a Canadian military helicopter operating as part of a NATO surveillance force has been found in the sea between Greece and Italy, a Greek military source said Thursday.

The helicopter was attached to the Canadian frigate Fredericton, from which it had taken off for a patrol.

"Debris has been found in Italy's zone of control and intervention" in the Ionian Sea, the military source told AFP, specifying the wreckage belonged to the Canadian helicopter.

"Greece has sent a marine helicopter to participate in the rescue operation," the source said.

Six crew were aboard the helicopter when it disappeared Wednesday, he said.

Greek public television reported that a body had been found amid the wreckage in international waters off the Greek island of Kefalonia.

But the military source did not immediately confirm the report.

The Canadian armed forces earlier issued a statement confirming a search was underway after contact was lost with the helicopter.

"There is a developing situation regarding one of our CH-148 Cyclone helicopters, deployed onboard HMCS FREDERICTON, which is currently contributing to Op REASSURANCE," the Canadian armed forces said in a statement.

"Contact was lost with the aircraft as it was participating in Allied exercises off the coast of Greece. Search and rescue efforts are currently underway," it added.

The statement did not give details on how many personnel were on board.

Initial reports said the helicopter had been over international waters 50 nautical miles off Kefalonia, the Greek air force said.

Italian, Greek and Turkish frigates also took part in the patrol that had moved from Greek to Italian waters on Wednesday, with the Greek frigate remaining in Greek waters.

Greek naval and air forces were ready to assist in a rescue operation "if Italy requests it", a military source told AFP earlier.

A spokesperson for Supreme Headquarters Allied Powers Europe (SHAPE), which plans and carries out all NATO operations, added: "I confirm there has been an incident involving a helicopter from a ship under NATO command.

"There is currently a search and rescue operation being conducted and national notifications taking place."