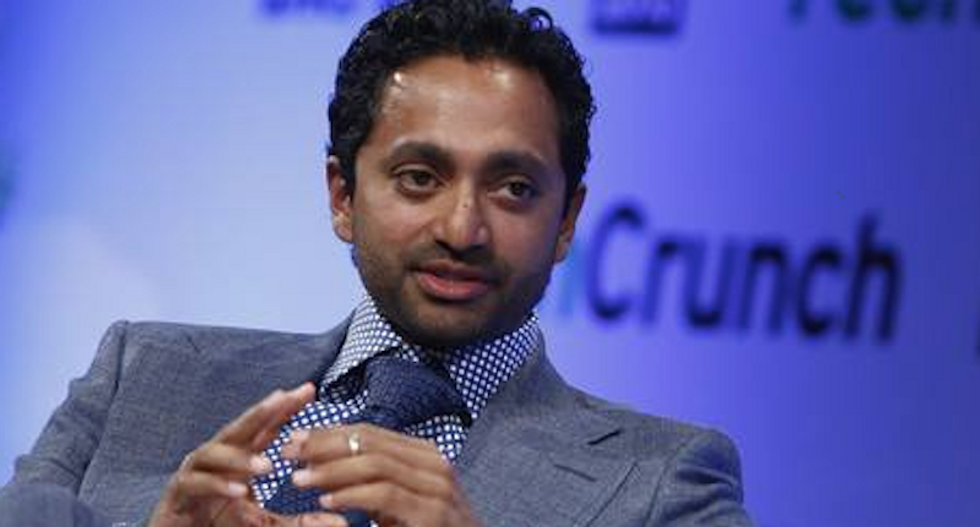 The coronavirus crisis didn't have to wipe out the global economy and cost tens of thousands of lives, according to one venture capitalist who focuses on health care, and could be partially solved soon.

Chamath Palihapitiya, an early investor in Facebook who now operates the tech firm Social Capital, told New York Magazine that broad-based blood testing for coronavirus testing must be started immediately to determine who has been exposed to the virus and overcome it so they can help restart the economy.

Palihapitiya said it's not clear how many people have been exposed and could theoretically begin working again, but he said the tests are already available and relatively inexpensive.

"I think we should start that this week," he said.

Palihapitiya is pessimistic about the coming years and months for the economy.

"I hate to use this word, but I think it’s going to be Depression-like in its severity," he said, "and I just hope that it’s not 10 years of deflation and a world war that gets us out of it. I don’t think it will be, but I just think it’s going to require enormous ingenuity and invention of the American economy, and this is the right time."

He said that could only be solved by massive government spending.

"An ER doctor would probably give you a better, more technical explanation, but this is where you have somebody with a gunshot wound -- they’re bleeding out, you’ve got to stop the bleeding," he said.

"So another $3 trillion to $7 trillion will get the job done," Palihapitiya added. "But then, once that’s done, then you get into rehabilitation. Once you take the bullet out and the gunshot wound is healed, then you have to get yourself back on your feet. That’s very different. That’s where I think the Green New Deal, or some version, whatever anybody wants to call it."

Palihapitiya is optimistic, however, that treatments will become available, blunting the worst cases of viral infections, as soon as the next quarter year, but he lamented how easily the global pandemic could have been averted two months ago, when the warnings began blaring.

"I think that it’s not in our nature to quarantine ourselves in this way," he said. "It’s also not in our economic best interests, obviously, to shut the economy down the way we have, and so it would have been much better if, on a global organized basis, the entire world in February got together and basically said, 'All right, guys. We’re all going to stand six feet apart from each other for the next two weeks straight, and we’re going to be done with this.'"

"That would have nipped it in the bud completely," he added. "We didn’t have that."

Palihapitiya said future generations will wonder why the government failed to spend a few billion dollars to save countless lives trillions of dollars in economic damage.

"It’s just incredible to know that, if we had a mask and a test, we would be functioning normally," he added. "A mask and test for every man, woman, and child in the United States."