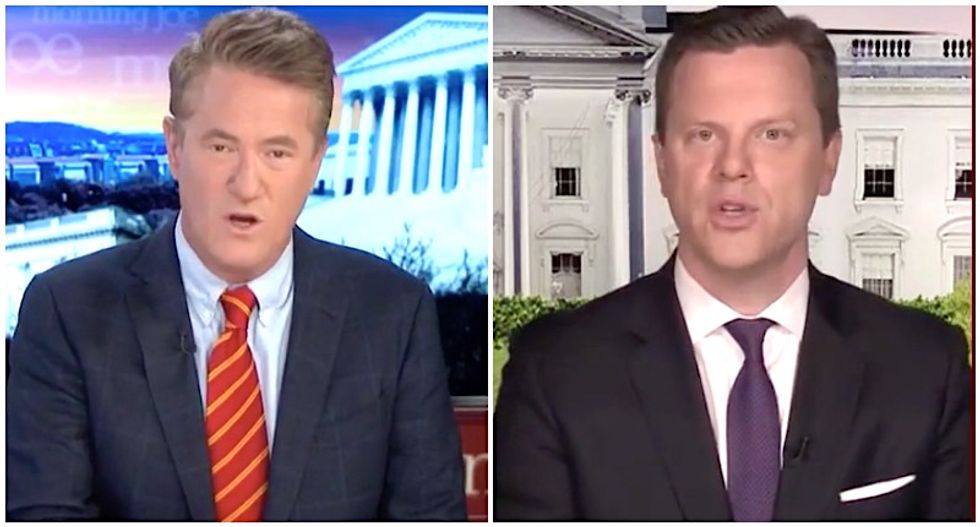 Governors in Florida, Georgia and Mississippi have resisted statewide lockdowns and appear to lack basic knowledge about COVID-19's spread, like when Georgia Gov. Brian Kemp admitted he had only just learned that asymptomatic people can transmit the virus.

"Where do I begin?" the "Morning Joe" host said. "Everybody, haven't we heard this from Dr. [Anthony] Fauci? Haven't we heard this from Dr. Birx? I'm sure the president even said it, the vice president -- everybody has been saying, right? If I'm wrong, correct me. Haven't we known for some time that people who are asymptomatic can pass this on? Isn't that when we watch TV and hear the doctors? They all warn that you can have it, one of the dangers is that it's asymptomatic, you can pass it on without even knowing you're passing it on."

"Deborah Birx warning that children and teenagers are often asymptomatic," he added, "they can catch it and pass it along to all of these other people without even knowing it. So this Georgia governor yesterday says, 'We just found out yesterday, it's a game-changer.' I can tell you as a native of Georgia, that's kind of embarrassing."

Co-host Willie Geist said those governors had needlessly risked thousands of lives in an apparent attempt to impress the president.

"What Gov. Kemp is doing is covering for his rhetoric the last weeks and weeks and weeks," Geist said. "Where he effectively said, along with the governor of Mississippi and [Ron] DeSantis in Florida, we're not letting a flu bug shut down our state. There was almost a swagger. We're we're not going to be like New York and other states. It is asymptomatic, it is coming to Atlanta, it is coming to Mississippi, and we've known that."