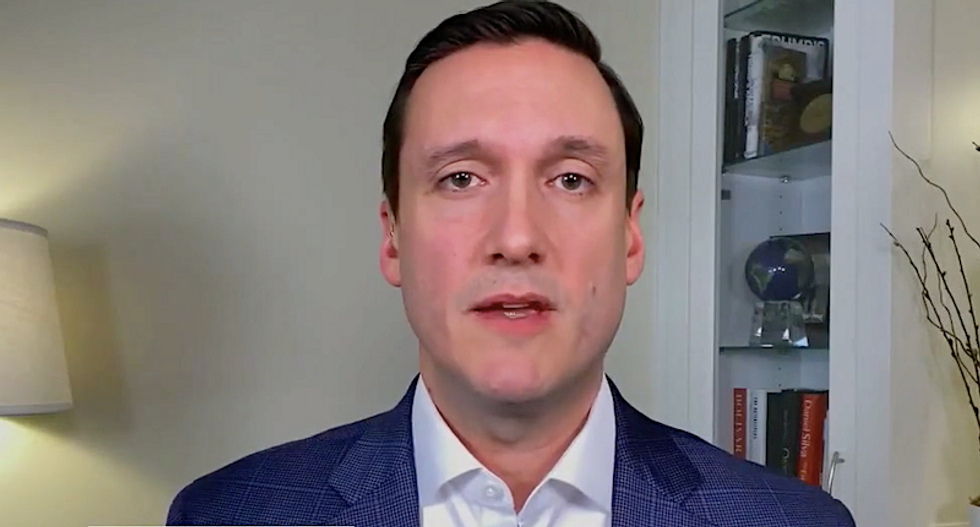 Tom Bossert, a former Homeland Security adviser to President Donald Trump, identified one failure of leadership that has mostly escaped notice during the coronavirus outbreak.

Governors have begged the president to order the manufacture of ventilators and other medical equipment under the Defense Production Act, which Trump has already invoked, but Bossert said he must also anticipate another need to eventually end the pandemic.

"This is a massive, complicated logistics challenge at this point, and, you know, Gov. [Gavin] Newsom and others will tell you that it's not just about large-scale purchasing," Bossert said. "It's about deciding who needs it and whose priority should trump others because this is a scarcity of resource problem at this point. We're kind of past what we would have, could have and should have done, and we're making decisions about who gets what when and why. That's the trick."

Bossert said the president needs to anticipate another need and take steps now to ensure it could be met.

"I would be using it for something in addition, and that's ramping up the capacity to produce all the vaccine we're going to need," he said. "Once a vaccine is viable and there is one that works, we're going to have to make 340 million doses and every country is going to be making their vaccines for their people, so we can't depend on even our allies in that circumstance. So, you know, if we're going to run into a good vaccine and no ability to mass produce it, or at least not quickly, we'll extend this pain for another six or seven months, and I hope that doesn't happen."