France to extend lockdown as virus deaths soar in Europe, US 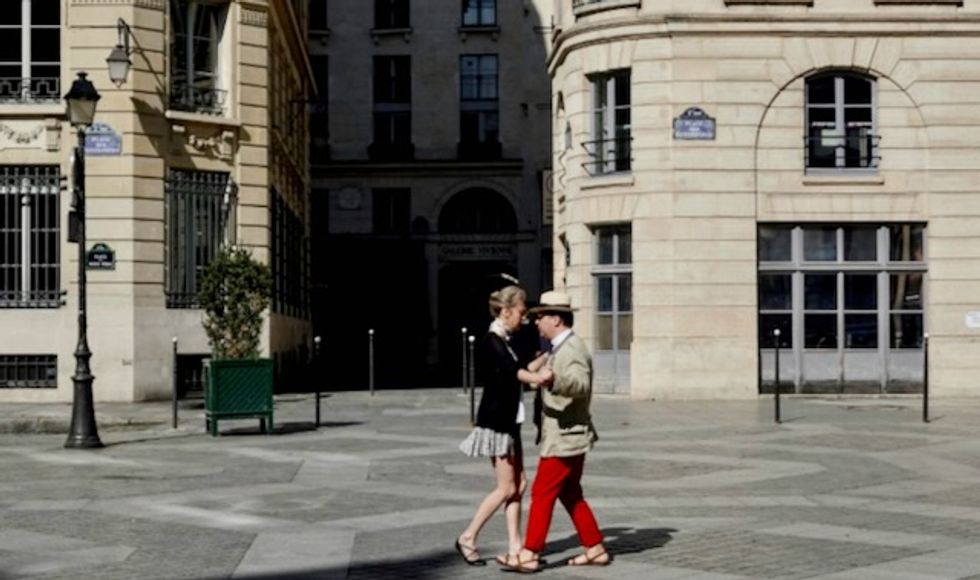 France said Wednesday it would extend a lockdown aimed at slowing the spread of the coronavirus as the death toll soared across Europe and the US -- and experts warned the looming global recession could be the worst in decades.

Governments are grappling with how to balance public safety against the devastating economic impact of stay-at-home orders that have erased millions of jobs in a matter of weeks.

More than 80,000 people worldwide have died in the virus crisis, which has sent the global economy spiralling and forced billions of people to remain at home as much as possible.

As the economic downturn starts to bite, health experts stressed that any premature loosening of restrictions could accelerate the spread of a contagion that has already infiltrated nearly every country.

In France, one of the hardest-hit nations in Europe with more than 10,000 deaths, President Emmanuel Macron will address the nation next week to explain the path forward.

The confinement order issued on March 17 "will be extended" beyond the current deadline of April 15, an official close to Macron told AFP.

Italy and Spain are still recording hundreds of deaths a day, though the situation is also deteriorating in Britain, which saw a record 938 fatalities Wednesday as Prime Minister Boris Johnson spent a third day in intensive care.

The 55-year-old leader's condition is "improving" and he is in "good spirits", officials assured the public.

In New York, the epicentre of the US outbreak, the state's governor noted the new single-day high for virus deaths at 779, but offered an optimistic view for the weeks to come.

"We are flattening the curve," Andrew Cuomo told reporters, as he cited a decreasing hospitalization rate due to stay-at-home orders.

In the Chinese city of Wuhan, where the novel coronavirus first emerged in December, there was cause for celebration as a ban on outbound travel was lifted.

Malta meanwhile joined the ranks of those in mourning, recording its first death -- a 92-year-old woman with underlying conditions.

AFP / Gal ROMA Chart showing world merchandise trade volume, expected to plummet by up to a third in 2020 due to the coronavirus pandemic, according to WTO data

The head of the World Trade Organization, Roberto Azevedo, issued a dire warning, saying the economic fallout from the health emergency could be "the deepest economic recession or downturn of our lifetimes".

Global trade growth could plunge by up to a third this year, according to the WTO.

Germany and France, the EU's two largest economies, are bracing for a painful hit.

AFP / PATRICK HERTZOG A banner reading "Stay at home" is displayed on a fence at a closed crossing point of the French-German border in Seltz, eastern France

France meanwhile is already in a technical recession, the Bank of France said. Its first quarter performance was its worst since 1945.

But officials at the US Federal Reserve said the wide-ranging shuttering of businesses should not have the lasting impact that was seen in the wake of the global financial crisis in 2008.

As some European countries weighed easing lockdown measures to allow economic activity to resume in earnest, the World Health Organization urged against it.

"Now is not the time to relax measures," said WHO's Europe director Hans Kluge.

"It is the time to once again double and triple our collective efforts to drive towards suppression with the whole support of society."

AFP / Armend NIMANI A health worker walks a patient through a disinfection chamber set up in front of a hospital in Mitrovica, Kosovo

Around the world, medical staff are bearing a heavy physical and emotional toll as they work in overflowing intensive care units and makeshift hospitals erected in sports stadiums, on ships and even in a New York cathedral.

In Spain, home to the world's second deadliest outbreak, another 757 deaths were reported Wednesday, bringing the toll up for a second day after several days of decline.

Antonio Alvarez, a 33-year-old nurse at a Barcelona hospital, described his experience as akin to bereavement.

"I've had my phases of anger, of denial, you go through all of them," he told AFP. "Now we are still a little overwhelmed but it is better. Fewer patients are dying."

In Italy, police have started to tighten lockdown controls as cabin fever and a slowing of the death toll tempted residents out in increasing numbers.

"The only weapon we have is social distancing, respect for the rules," Health Minister Roberto Speranza said.

Meanwhile, many Jews around the world marked the start of Passover without the large family gatherings normally organised for the seder meal, with some turning to virtual platforms.

"The Passover holiday is celebrated with friends and families," Yigel Niasoff, 45, told AFP from his balcony in New York's Crown Heights neighbourhood.

"Right now with the pandemic, it's a very, very sad time."

Governments worldwide are rolling out staggering stimulus measures to ease the economic pain.

In Washington, Democrats demanded an additional $500 billion to battle the crisis, doubling the government's request to help small businesses and imperilling the rapid approval of emergency aid lawmakers sought this week.

The eurozone is also mired in bickering over a bailout plan for its hard-hit members that would come on top of measures enacted by individual governments.

Finance ministers were unable to bridge divides after 16 hours of talks that will resume Thursday.

The markets continued their volatile movement, with the Dow closing up 3.4 percent in New York after European stocks faltered.

For the world's poor, survival is already a struggle.

"Since this crisis started, we've been sitting at home and there's no money coming in," said Mohamed Said, a 36-year-old carpenter and father-of-three queueing for food packages in Cairo.

"We don't know how to feed our kids... and if, God forbid, something happens to any of them, I won't be able to foot a hospital bill."