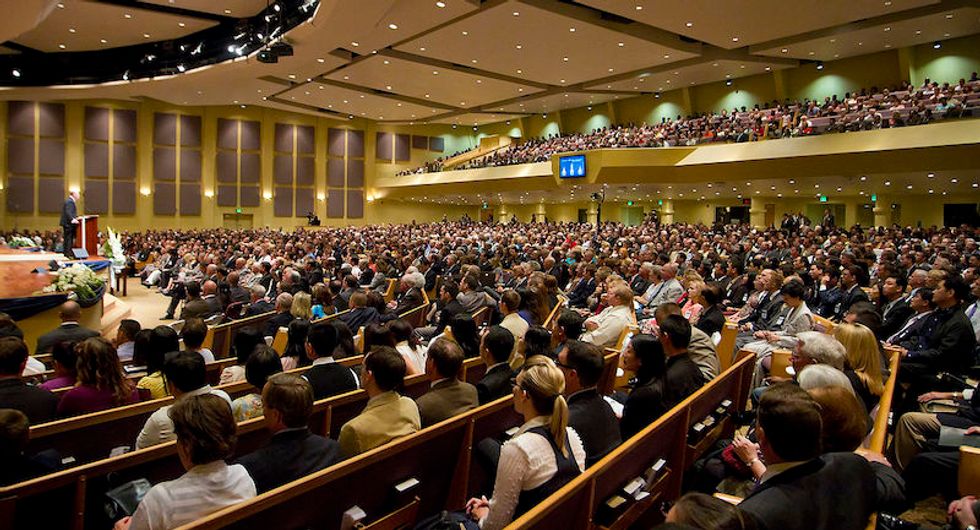 A church in Louisiana is facing criticism from some local residents after it defied a ban on large gatherings to hold a service on Tuesday night.

CBS News reports that the Life Tabernacle Church in Central, Louisiana held a service that was packed with hundreds of worshipers even though the church's pastor is already facing misdemeanor charges for previously defying the ban.

Some demonstrators gathered outside the church to protest it for endangering public health, including one person who held a sign that read, "God don't like stupid."

Another man brought a bullhorn and used it to call out Pastor Tony Spell for blowing off bans of large gatherings.

"Come out, Tony," the man said. "Come tell us why you're endangering people's lives."

Spell, however, remained defiant and said that his church was just as essential as the local Walmart.

"We are needy people," he said. "Our souls are lost. We need help, and the church is the salvation center of the soul, the sanctuary where we come together and meet."

Earlier this month, Spell claimed that the virus was part of a conspiracy to undermine Christianity in the United States.

"The virus, we believe, is politically motivated," he told local news station WAFB. "We hold our religious rights dear and we are going to assemble no matter what someone says."