'He can't fight this reality with his mouth': MSNBC's Mika shreds Trump for lying about coronavirus as his supporters die 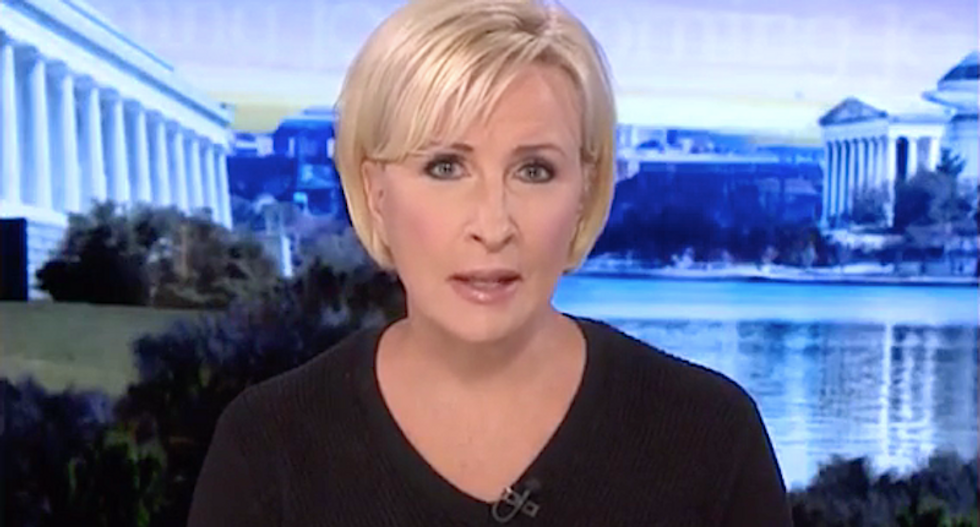 MSNBC's Mika Brzezinski blasted President Donald Trump's lies about coronavirus testing, and blamed him for the deaths of his own supporters.

The "Morning Joe" co-host called out the president for lying about the rate of testing for the deadly virus, and she said he couldn't cover up the reality of his failures with lies.

"Just because you say it again and again and again doesn't make it true," she said. "People can see it. Somebody ought to let the president know that people can see the testing is not there for them. There are 320 million people here, 4 million at this point is pitiful. This is way lower than the president [and] the vice president promised. It's pitiful, most believe, because the states are all competing and trying to get tests from places like South Korea, which did it right, and we still look way behind because there's no nationalized coordinated effort."

"If you're a governor of a state, you're frustrated because you're in this situation and the president could change it," Brzezinski added. "So as much as he has these briefings, which are really campaign rallies where he's trying to get the cat light to go this way and that way for the media and appeal directly to his people, his people, many of them, will be impacted by the coronavirus, and his people won't be able to get tests, and his people will end up in hospitals and on ventilators just as much as anybody else. He can't fight this reality with his mouth."