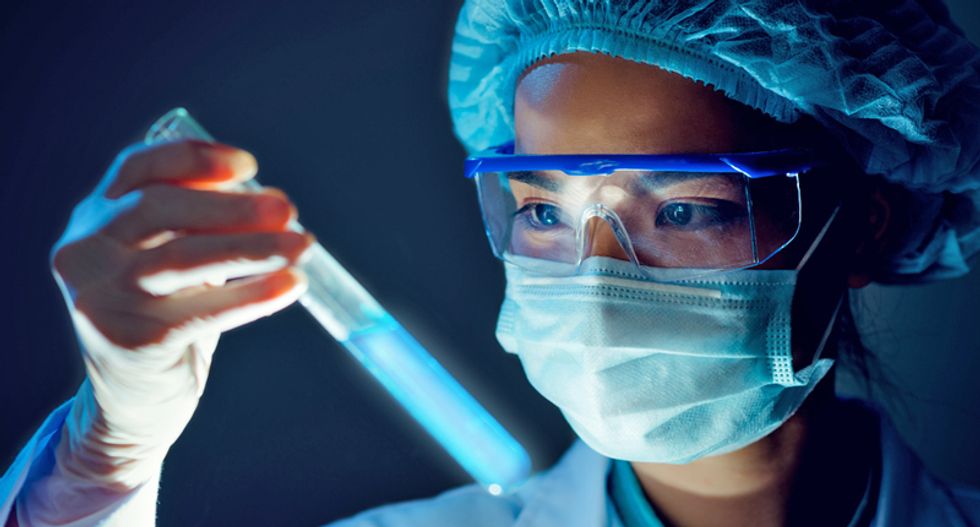 Asiaha Butler was disturbed when coronavirus cases started to climb in her neighborhood, but she wasn’t surprised. A longtime housing advocate in Englewood, she knew the area was at high risk, even though it’s sparsely populated. Vacant lots and empty houses dot the neighborhood, leaving homes spaced farther from one another than in other parts of the city.

“People I talk to say, ‘Well, Englewood looks no different after the shelter-in-place order,’” said Butler, executive director of the Resident Association of Greater Englewood, or RAGE. “It’s always very isolated. There’s always tons of land. ... But I knew from so many reports and from the work that we do that we would be hit hard.”

In Chicago, low-density areas like Englewood, which has fewer households per square mile than most other neighborhoods, are seeing some of the highest infection rates, according to early data released by the Illinois Department of Public Health. In many of these areas, the majority of residents are African American or Hispanic.

The high infection rates in these low-density areas run counter to a common assumption that cities are epicenters of coronavirus outbreaks primarily because their residents live close to one another.

A ProPublica Illinois analysis found that crowded conditions within homes, rather than housing density, may better explain why some areas of Chicago see higher infection rates.

One of the highest infection rates in Chicago is in the 60636 ZIP code, a predominantly African American part of the South Side that includes much of West Englewood. As of Wednesday, the ZIP code had about 10 confirmed COVID-19 cases for every 1,000 residents. Yet the area is one of the most sparsely populated in the city, with only about 2,800 households per square mile, according to the U.S. census.

In contrast, the 60657 ZIP code, centered in the mostly white and affluent Lakeview neighborhood on the North Side, has had just three COVID-19 cases per 1,000 residents, though it is particularly dense, with 16,000 households per square mile.

Unlike density, which is a measure of how close people’s homes are to one another, crowding measures how many households have more occupants than rooms (excluding bathrooms). A neighborhood with higher crowding rates is more likely to include people who can’t avoid close contact with an infected person who lives with them.

ProPublica’s analysis is not without some caveats, and it points to a need for further research. Crowding isn’t the only factor that’s driving the spread of the virus. There are low-crowding neighborhoods with high infection rates, and vice versa. For example, in the majority-Hispanic ZIP code of 60632, which covers parts of Brighton Park (excluding the nearby Cook County Jail), crowding occurs in roughly 10% of households, the highest in the city. But its infection rate is lower than neighborhoods with far less crowding.

In addition, the census uses a nationwide survey to estimate crowding, and its estimates come with some uncertainty. Englewood is estimated to have three times as much crowding as Lakeview, but because of the margin of error, true crowding levels may be different.

Nonetheless, Butler, the housing advocate, believes crowding is an issue that has exacerbated the spread of the virus in Englewood, even if it is not the only factor.

The 2008 collapse of the housing market slammed Englewood, she said, driving up foreclosures and leaving both renters and homebuyers with few options. “Many people are unable to secure home ownership and have to live with their parents,” she said. “In the West Englewood area, the seniors are the ones who really own these homes. They’re also the homes of the aunties and the uncles, and everyone is going in and out.”

Alderman Raymond Lopez, whose 15th Ward includes much of the 60636 ZIP code, acknowledged that the area has lost population density over the last several decades. He said it’s common to see “extended families being under one roof.”

Lopez suggested other factors could contribute to Englewood’s high infection rates, noting that many residents are cut off from public services, leaving them at higher risk of health problems. Though the city suspended water shutoffs last year, some homes are still without running water, he said, and a neighborhood organization has distributed jugs of water to needy families.

“There’s a lack of basic life essentials in the community,” he said. “This is the culmination of decades of disinvestment.”

Michael Wolf, who leads the Center for Applied Health Research on Aging at Northwestern University, said cramped housing conditions may be difficult for the city to mitigate in the midst of a pandemic.

“This is not about disparities in behavior or preventable cases of COVID, where, if people just knew more information, they’d be social distancing,” Wolf said.

“It’s really a sad tale of people who know what’s coming, but there’s nothing they can do about it unless you give them housing or get them out of this predicament.”