Howard Stern: Trump supporters should drink disinfectants and 'drop dead' at their next rally 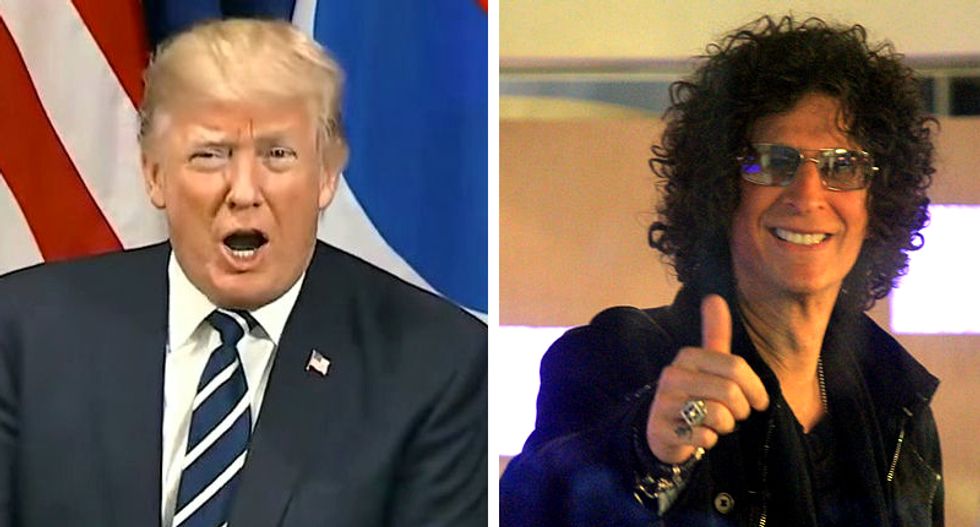 While broadcasting from his temporary home studio this Monday, radio shock jock Howard Stern tore into President Trump's recent comments where he suggested injecting disinfectant into people's bodies as a treatment for coronavirus, the New York Daily News reports.

“I would love it if Donald would get on TV and take an injection of Clorox and let’s see if his theory works,” Stern said on his Monday show. “Hold a big rally, say f—k this coronavirus, with all of his followers, and let them hug each other and kiss each other and have a big rally.”

“Yeah,” Stern agreed. “And all take disinfectant and all drop dead.”

“I don’t recognize any of this as being Republican," Stern added. "I don’t recognize it as being anything political. I see it as insanity. I don’t know what is going on there, but I don’t have a good feeling.”