'I didn't say it!' Trump goes on wild rant denying he said US would have 5 million tests a day 'very soon' 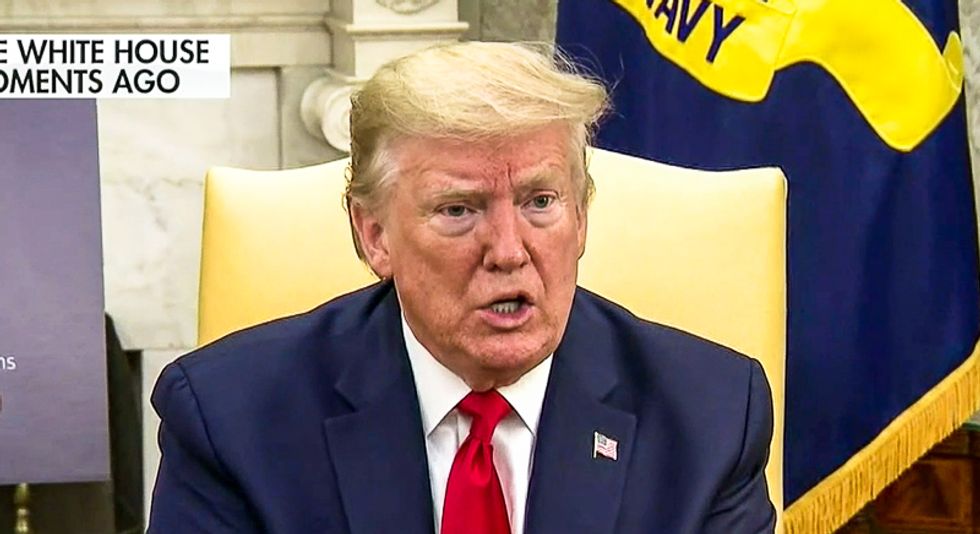 President Donald Trump denied on Wednesday that he had earlier said that the United States would soon be able to process 5 million coronavirus tests per day.

While speaking to the press in the Oval Office, Trump was asked about remarks he had made a day earlier suggesting that the US would hit 5 million daily tests "very soon."

When a reporter pointed out that he had indeed made the remark, Trump objected again.