'I'm with everybody': Trump dismisses 're-open' protesters because 'they're six feet apart' 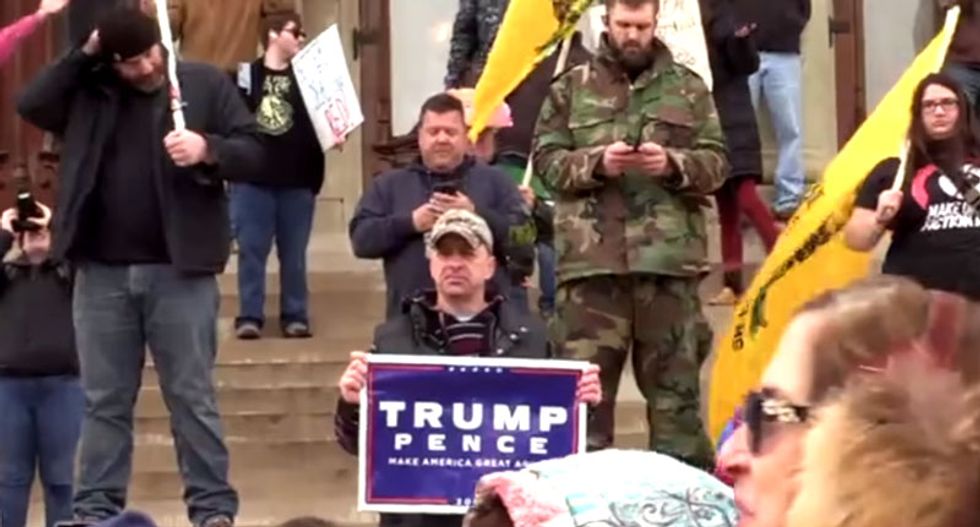 During his press conference Sunday, President Donald Trump dismissed questions about the protesters, saying that they can protest all they want as long as they're socially distancing.

"People feel that way," Trump said. "You're allowed to protest. I watched the protest, and they were all 6 feet apart. It was an orderly group of people."

At least one video of protests in Colorado, Michigan, Nevada, Washington and other places show people standing very close to each other.

Regarding the protest in Brookfield right now. I'm a firm believer in the first amendment and the right to free spe… https://t.co/uOXmWQlCbE
— Mike Hallquist (@Mike Hallquist) 1587232813.0

"Some have gone too far, some of the governors have gone too far," Trump continued. "Some of the things that happened maybe were not so appropriate. I think in the end it's not going to matter because we're starting to open up our states. And I think they're going to open up very well. We're going to watch it closely, we're working them on testing. Whatever they need. I don't think they need ventilators any more. The term the governor used was phenomenal. That was the only sentence they left out, which is okay. I appreciate that's what Gov. Cuomo said. But they've done -- these people have done a phenomenal job. As far as protesters, you know, I see protesters for all sorts of things. I'm with everybody. I'm with everybody."