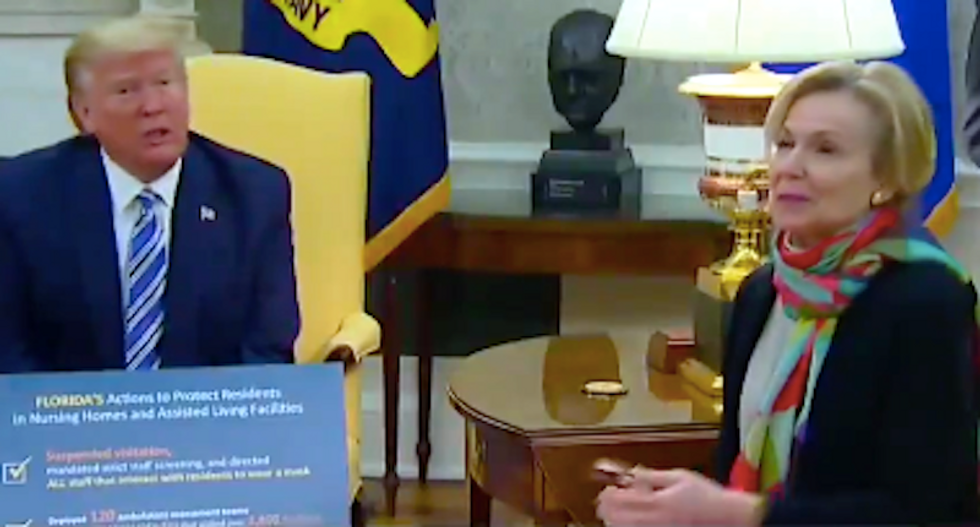 President Donald Trump berated a reporter and demanded an apology after the correspondent misstated statistics on coronavirus testing.

A correspondent with Yahoo News claimed South Korea had performed five times more testing per capita than the United States, which Trump disputed, and then Dr. Deborah Birx corrected the reporter after answering his question.

Trump then asked the reporter, Hunter Walker, if he was going to apologize for the error.

Walker later explained on Twitter that he had misread data on a mobile chart, and apologized for that, but said the president and his medical adviser had failed to address his question about higher infection rates in the U.S.