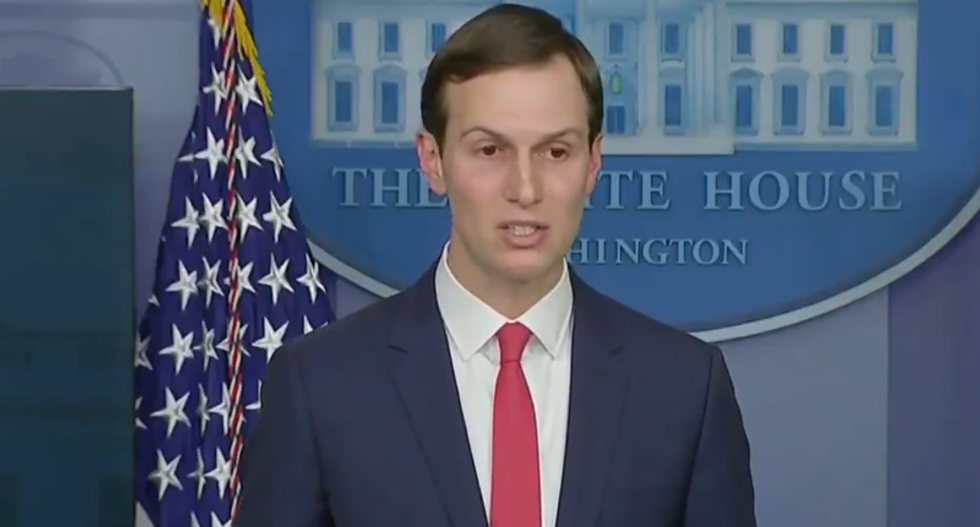 Commenters on social media, however, did not care for what he had to say — and roundly criticized his appearance.

@chrislhayes Thousands of people are going to die so Jared can cosplay as a government official.
— Kragar (@Kragar) 1585870860.0

Jared Kushner might be the least self aware person in the entire country.
— Matthew Miller (@Matthew Miller) 1585871031.0

Raise your hand if you agree that Jared Kushner has no business being on the coronavirus task force ✋ https://t.co/XhJMiOAj3W
— A Worried Citizen (@A Worried Citizen) 1585867143.0

The fact that Jared Kushner has a key role in the federal government's response to the pandemic explains a lot.
— Judd Legum (@Judd Legum) 1585871008.0

Watching Jared Kushner is like watching Doogie Howser but if like Doogie was just a regular teenager and not a chil… https://t.co/xKtWldEuva
— Rex Chapman🏇🏼 (@Rex Chapman🏇🏼) 1585867802.0