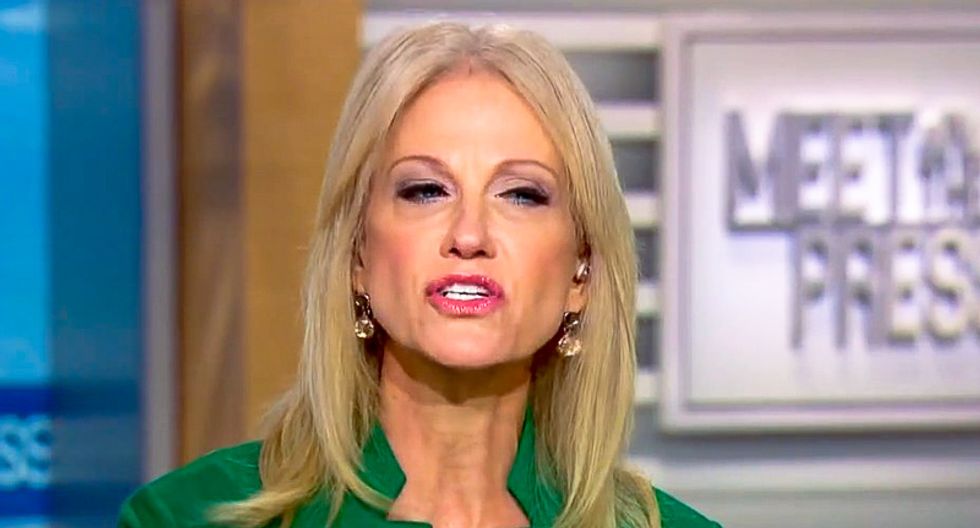 Trump White House counselor Kellyanne Conway on Wednesday uncorked a scientifically illiterate rant about the coronavirus in which she blamed the World Health Organization for not having the situation better under control.

"This is COVID-19, not COVID-1, folks!" Conway said during an interview on "Fox & Friends." "And so you would think the people in charge of the World Health Organization facts and figures should be on top of that right now."

Conway's seeming ignorance of this very basic fact earned her scorn and ridicule from across Twitter -- check out some reactions below.

@revrrlewis when you think that Malcolm X was the successor to Malcolm IX
— Dave Itzkoff (@Dave Itzkoff)1586953011.0

Kellyanne is entirely too smart to pretend to be this dumb on national television. For those of you who don’t kno… https://t.co/eVXxfsAZKX
— Angry Staffer (@Angry Staffer)1586953570.0