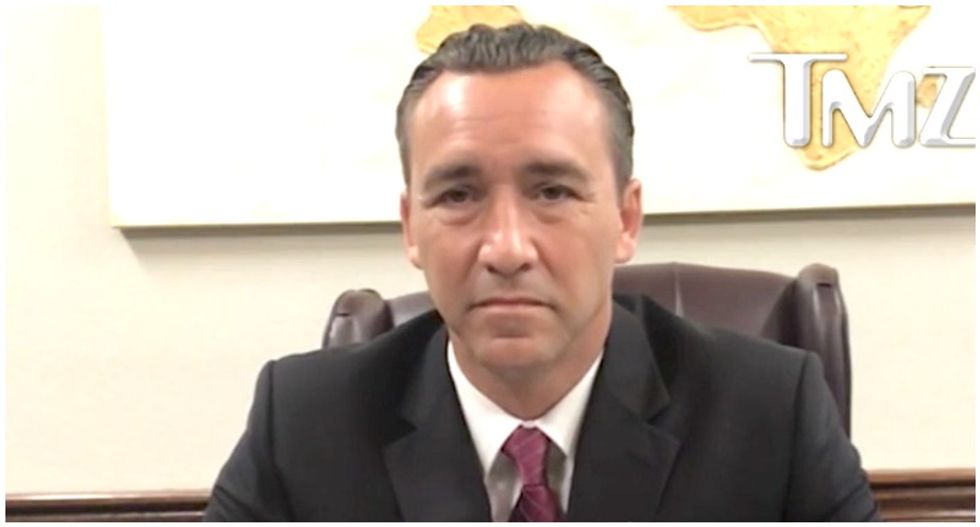 On Thursday, TMZ reported that the lawyer for controversial Louisiana preacher Tony Spell has been infected with coronavirus and is suffering from pneumonia.

"Jeff Wittenbrink tells TMZ he was admitted Tuesday to Baton Rouge Medical Center with the virus after his condition worsened over the weekend. In addition to pneumonia, he's battling a high fever and persistent cough," said the report. "Wittenbrink attended two services at Pastor Spell's Life Tabernacle Church on April 2 and April 5, which was Palm Sunday. He tells us he shook hands with the controversial pastor that day, but added Spell sanitized his hands immediately afterward. Wittenbrink says Spell does that after he shakes hands with everyone."

Spell has come under fire for a series of controversial statements on the pandemic.

Last week, he urged followers to defy public health lockdowns and attend church service even if their lives are in danger, saying "Death is a welcomed friend." This week, he also drew criticism for starting the social media campaign #PastorSpellStimulusChallenge, which urges people to send their $1,200 coronavirus stimulus checks to churches and missionaries rather than pay for food and bills.