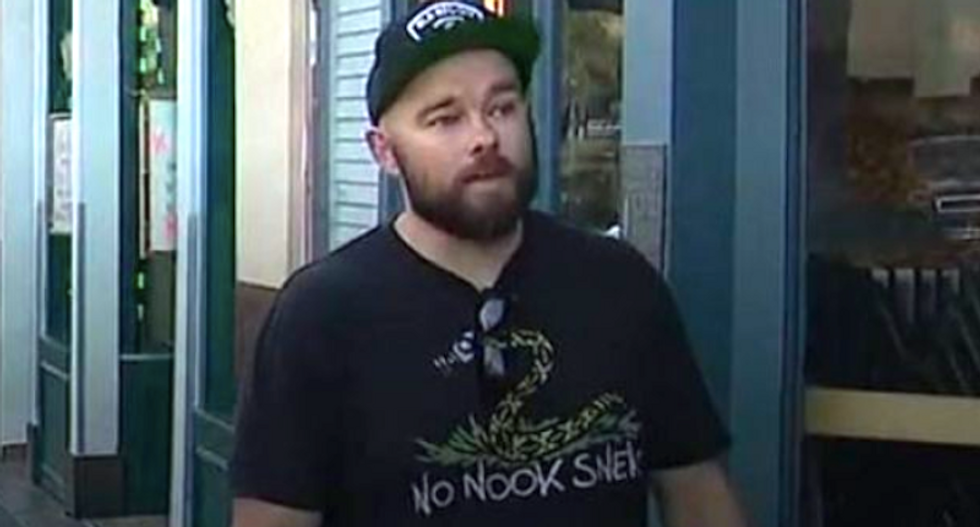 A Southern California man was charged with kidnapping after threatening a TV news photographer with a knife during a coronavirus protest.

Police said Christien Petersen, who is believed to be an attorney, approached a KTTV-TV news photographer with a pocket knife and ordered him to a nearby live truck to delete any video that he might have appeared in, the station reported.

The 36-year-old Costa Mesa man, who appeared to be intoxicated, was still holding the photographer at knifepoint inside the news van when officers arrived, according to police.

Petersen was arrested on kidnapping and exhibiting a deadly weapon charges, and jailed on $100,000 bond.

Neither the photographer and the reporter he was accompanying were harmed, but the station said both were shaken up and would be given time off.

The station did not air a report on the protest that evening because all the raw video was turned over to police as evidence.