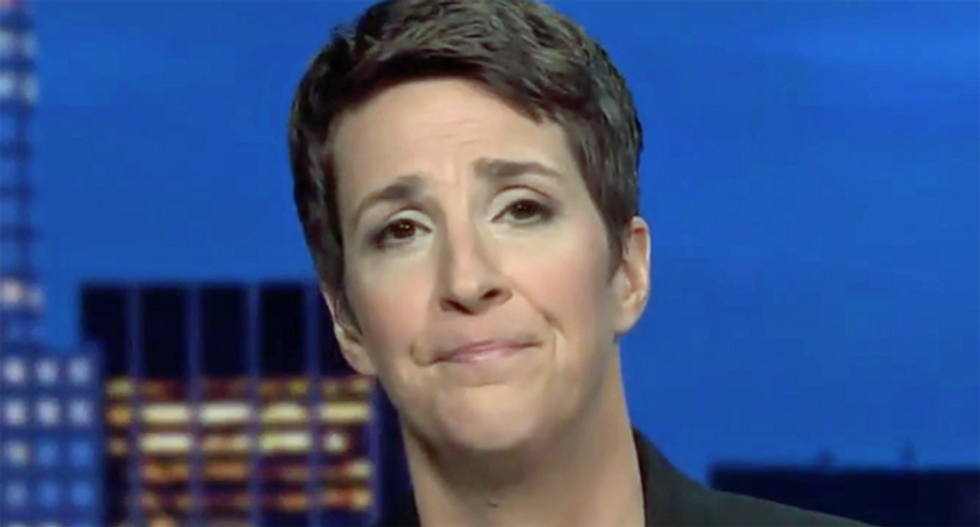 On Sunday, the River Church in Tampa was packed with parishioners despite the COVID-19 coronavirus epidemic.

But under a new order from Gov. Ron DiSantis (R-FL), Pastor Howard-Browne is allowed to host huge gatherings again.

"It turns out, after the governor signed his stay-at-home order, he then signed a second order right after the first one, and the second order said his new rule would supersede any rule put in place by any Florida county or city or town, that was stricter in any way, than the rule he had set in place statewide," Maddow reported. "He was overriding any more aggressive measures taken by localities in the state."

"You might have seen the story from a few days ago, about the coronavirus-denialist megachurch pastor in Tampa bay, who was bussing in hundreds of people to huge, packed, mass church services. He was actually stopped by the county from doing that, because of the county's social distancing rule," she explained. "Well, the Florida governor's new statewide rule has an exemption for religious services, which says his order doesn't apply to religious services and he has a second order saying the state rule now supersedes anything in place at the local level."

"So what the Florida governor has just done may result in the Tampa Bay coronavirus denying mega-church guy, being back on for his kill-them-all, super-spreader megachurch services," Maddow concluded.