Mark Meadows has ‘gone from yelling to crying’ in front of Jared Kushner: report 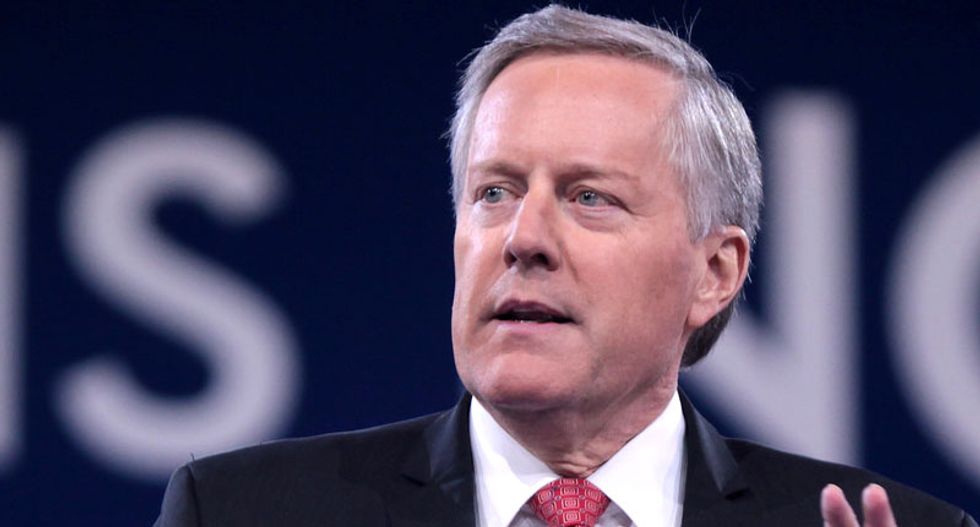 On Thursday, a new report from The New York Times detailed how Mark Meadows, who was a staunch ally of President Donald Trump in Congress within the House Freedom Caucus, has been "overwhelmed" by the stress of serving as White House chief of staff — and that he has been prone to break down in tears.

ABC News goes into more detail about Meadows' outbursts, and how the job is taking its toll on him.

"Within days of arriving, Meadows has displayed a wide range of intense emotions, multiple administration sources said, raising questions about his management style and his handling of the unique challenges of the being a gatekeeper for a uniquely unpredictable president," reported John Santucci. "At times Meadows, who is known among colleagues to frequently show emotion, has gone from yelling to crying in front of staffers including the president's son-in-law and adviser Jared Kushner, according to sources. The sources told ABC News in most cases these interactions involved staffing matters."

One associate of Kushner denied this account of events, telling ABC News this exchange did not occur.

But those who have worked with Meadows have lent support to the idea that he is unlikely to thrive in a White House setting. "He's a strong willed individual who is known to get prickly when his viewpoint doesn't prevail," said one former associate.

For the second time this month, a local town councilor in New Jersey has been shot dead — this time by a disgruntled ex-employee at the utility company where he works as a supervisor, reported ABC 7 New York on Thursday.