Media outlets pulling reporters from Trump press conferences because they're a waste of time and a health risk: report 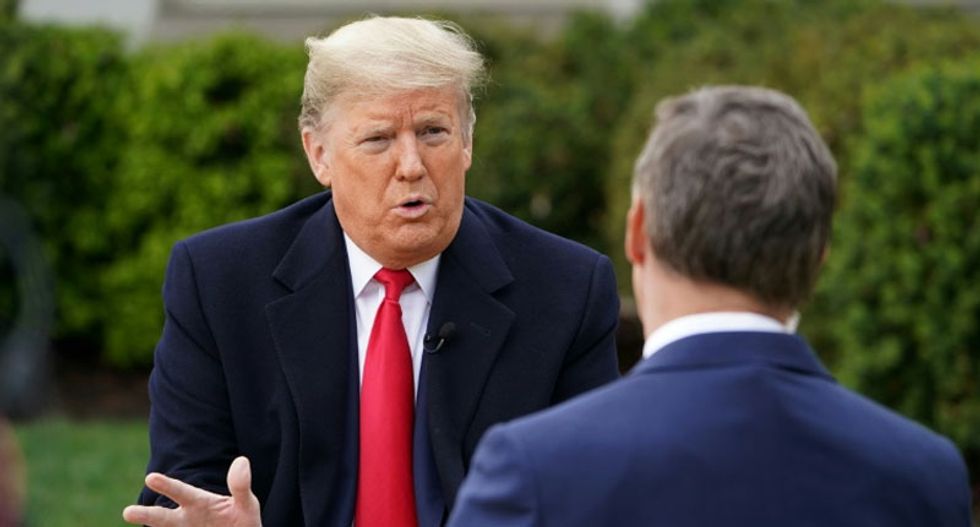 According to a report from the Washington Post, major media outlets are choosing to take a pass on attending Donald Trump's daily press conferences because they have proven to be news-free and there is no sense exposing their reporters to the possibility of getting sick.

While the daily White House task force press conferences were intended to be a forum for members of the administration dealing with the pandemic to provide updates to an anxious public, they have now been taken over by the president where he makes off-hand -- and often incorrect -- statements when he is not battling with reporters.

With that in mind, outlets as large as the New York Times are having second thoughts about having any of their White House correspondents attend.

"There have been a lot more empty seats at President Trump’s daily press briefings — but no, news organizations aren’t boycotting the events in protest or attempting to silence him, despite what he suggested at a briefing earlier this week," the Post's Phil Farhi wrote. "Instead, something else is afoot: Reporters are keeping their distance because they are concerned about the health risks at a time when many consider the president’s evening news conferences to have become increasingly less newsworthy."

Noting that the Washington Post, New York Times and CNBC have taken to skipping the daily briefings, the reports states that the impetus for the boycott also has its roots in the fact that two unidentified White House correspondents were suspected of having contracted COVID-19, although there are no reports to date that they contracted it.

Accordingly, the New York Times has pulled their reporters, with Executive Editor Dean Baquet admitting that they have become increasingly less newsworthy.

“Nowadays, it seems they make little news,” he explained. “We, of course, reserve the right to show them live [via Web streaming] if we believe they will actually make news. But that hasn’t happened in quite some time.”

As for the Washington Post, editors have also stopped sending correspondents but the outlet is providing reports afterward and live-streaming them on its website.

According to Executive Editor Martin Barron, "We have to keep in mind our reporters’ health and those of our colleagues at other media outlets. Our reporters were in close proximity to another organization’s White House reporter who was showing symptoms of the coronavirus.”