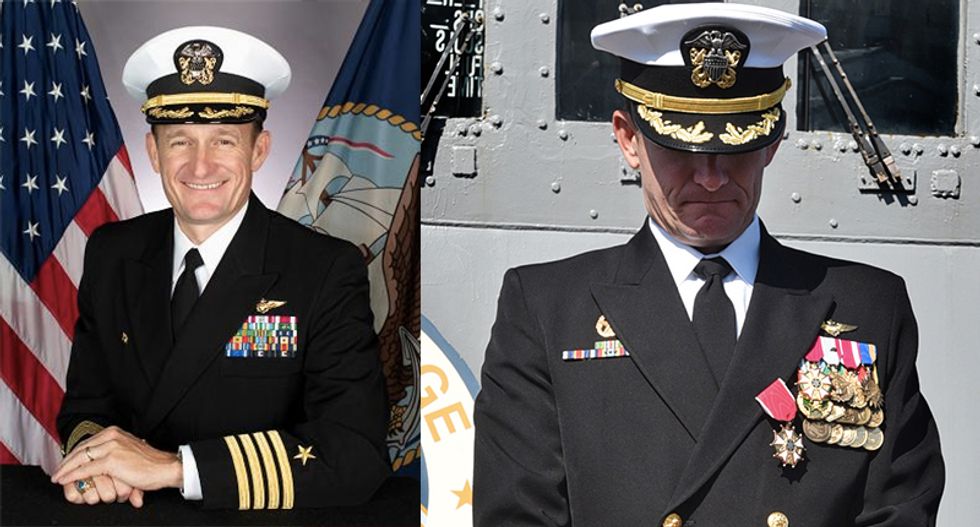 Some of the sailors aboard the USS Theodore Roosevelt weren't the only people with military ties to be upset by acting Secretary of the Navy Thomas Modly's speech denouncing Capt. Brett Crozier.

Modly, who ordered Crozier's dismissal last week after he wrote a memo detailing the dire COVID-19-related situation aboard the USS Theodore Roosevelt that subsequently leaked to the meda, drew jeers from the ship's crew after he called Crozier "stupid" and accused him of committing "betrayal."

In addition to the sailors, several veterans took to Twitter to denounce Modly's attacks on a man who received fervent cheers from his crew members as he departed the ship after being fired.

"Let me tell you how big this speech on the TR is in the military/veterans community," wrote Iraq War veteran Fred Wellman. "The Daily Caller first broke the transcript and no I'm seeing veterans of both political parties outraged like nothing I've seen... well... ever. Modly's behavior on the TR spits on their service."

Let me tell you how big this speech on the TR is in the military/veterans community. The Daily Caller first broke t… https://t.co/YOswaYwBUc
— Fred Wellman (@Fred Wellman) 1586196707.0

Ret. Gen. Barry McCaffrey, meanwhile, called on Modly to resign and called his speech "the worst judgment by a defense official possible."

Retired Marine David Lapan similarly said that Modly "failed as a leader and should resign," while Rep. Ted Lieu (D-CA), a veteran of the United States Air Force, said Modly should either reinstate Crozier or step down.