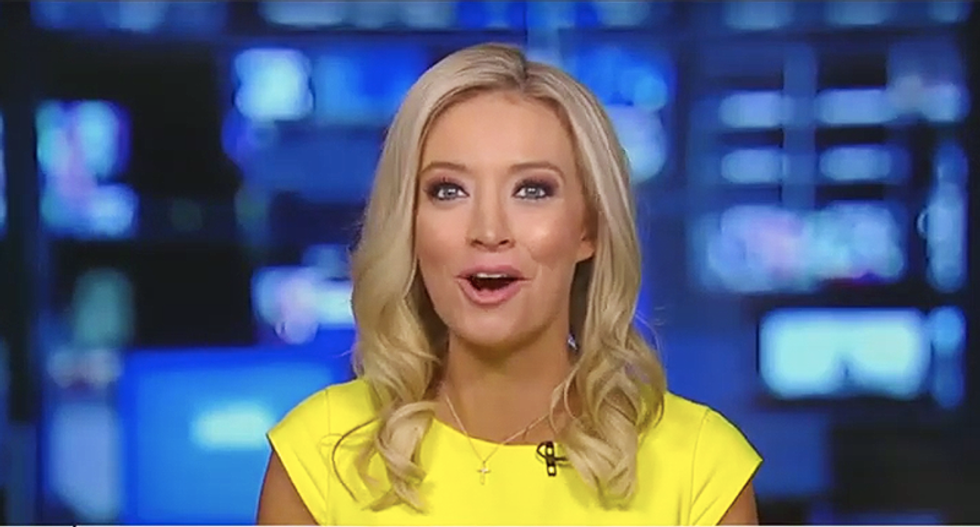 The White House has yet to announce President Donald Trump's latest press secretary, his third in as many years, but already Kayleigh McEnany is getting massively mocked on social media.

The New York Times reports McEnany, who currently is the Trump campaign's National Press Secretary, will take over from Stephanie Grisham as White House press secretary for the Trump administration. New White House chief of staff Mark Meadows "wants her to focus on defending the president on television, according to people familiar with the move."

McEnany has a Harvard Law degree and a B.S. from Georgetown. She was a CNN contributor and subsequently became the national spokesperson for the RNC.

Despite her impressive résumé, McEnany's false statements, especially about the deadly coronavirus pandemic, are getting a great deal of attention. Her Twitter feed is a narrow repository of religious tweets and pro-Trump tweets.

Many are pointing to this tweet from CNN's Andrew Kaczynski. McEnany, on the left, says: “We will not see diseases like the coronavirus come here," and adds: "Isn't it refreshing when contrasting it with the awful presidency of President Obama."

Here's how many are responding to Trump's latest hire for a White House fueled by massive firings and resignations.

Perfect. He now has another press secretary who will lie right along with him. First question for… https://t.co/YLQhefhP1B
— Joe Walsh (@Joe Walsh) 1586272749.0

Please remember when @kayleighmcenany pulls her "elites are the enemy" nonsense She is a graduate of G'Town Scho… https://t.co/hyMHlpykUI
— Shannon in Ohio 4 (@Shannon in Ohio 4) 1586272991.0