Mississippi hit with two 'catastrophic' EF4 tornadoes at the same time: 'This is flattening everything in its path' 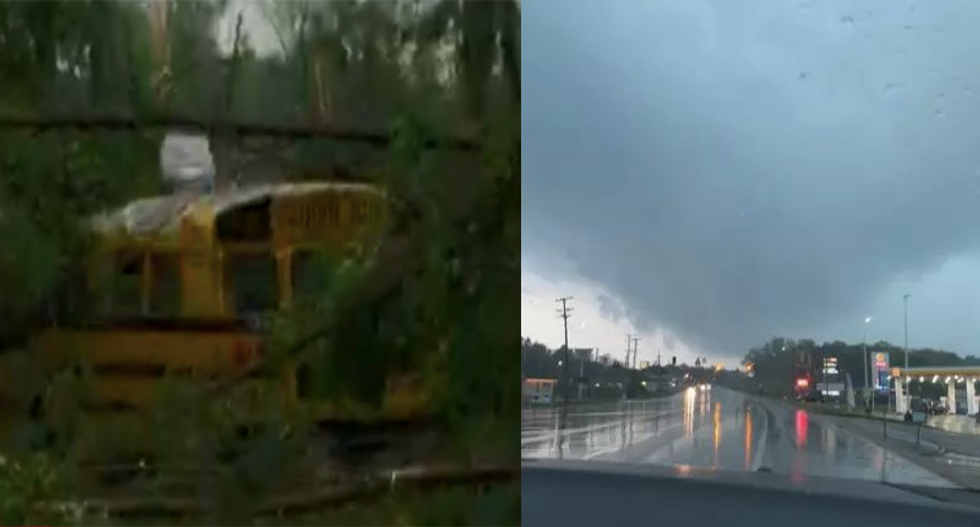 UPDATE: on April 12 the reports said that the winds were over 200 miles per hour, which would indicate an EF5 rating on the Enhanced Fujita scale. Upon further examination, the National Weather Service announced April 13 that the wind speed didn't go higher than 170 mph. The deathtoll has also increased to over 30 people since first reporting, over 24 hours ago.

The southeastern United States is being pummeled with tornadoes, but the largest storm, an EF5 tornado, has killed at least 18 people in Mississippi.

One person suggested it was the most destructive tornado since Joplin, Missouri in 2011, but Oklahoma had two EF5 tornadoes after that in May 2011 in El Reno and May 2013 in Moore/Newcastle.

Additional storms are firing across portions of Louisiana and southeast Mississippi this evening. The threat of tor… https://t.co/Ha5PtRkH9m
— Wx Geek (@Wx Geek) 1586734673.0

The concern was that there may have been two EF5 tornadoes because there were two debris balls being observed on radar. Meteorologists, climatologists and weather experts all concluded it was like nothing they've ever seen before.

We have TWO radar confirmed tornadoes simultaneously in the Pine Belt. Both are considered tornado emergencies and… https://t.co/pWNgR1zGnQ
— Scottlin Williams (@Scottlin Williams) 1586728707.0

Here's the discussion for the tornado in southern Mississippi. This is flattening everything in its path. #MSwx… https://t.co/XZ91ljqhik
— Tyler Sebree (@Tyler Sebree) 1586727353.0

The debris cloud continued to follow the storm well after it had passed through populated areas.

Viewer-submitted video of what appears to be a tornado earlier this evening in Noxubee County, Mississippi south of… https://t.co/ZaajIfKO6V
— Trevor Birchett (@Trevor Birchett) 1586732060.0

You can donate to help Mississippi through the NE United Way, Team Rubicon, and the Mississippi Animal Rescue League.

The catastrophe was just one of many storms that hit the southeast. Here are a few other videos and photos of the storms below:

Viewer-submitted video of what appears to be a tornado earlier this evening in Noxubee County, Mississippi south of… https://t.co/ZaajIfKO6V
— Trevor Birchett (@Trevor Birchett) 1586732060.0