MSNBC's Joy Reid slams lockdown protesters waving Confederate flags: 'What the hell does that have to do with a pandemic?' 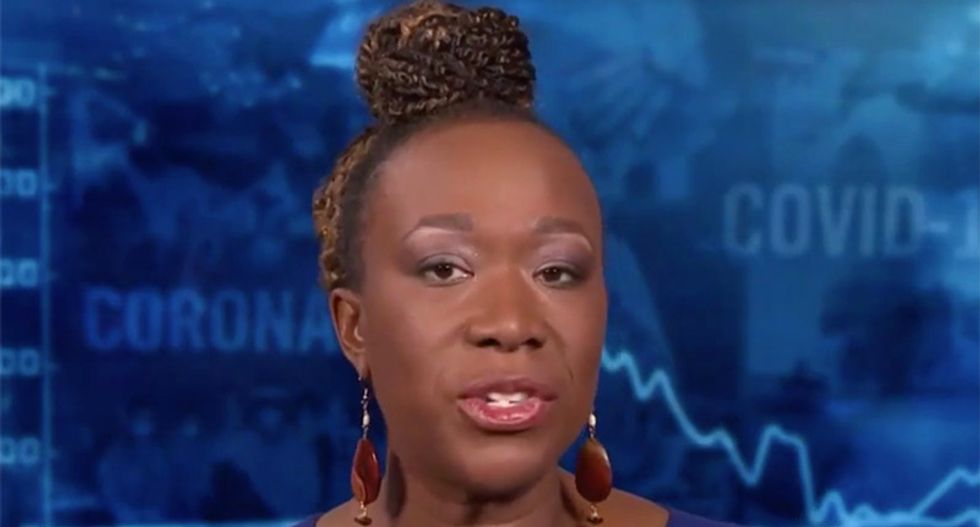 On Saturday's edition of MSNBC's "AM Joy," host Joy Reid excoriated the protesters demonstrating against coronavirus lockdowns in the Midwest — and noted their bizarre usage of Confederate iconography in a discussion with presidential historian Jon Meacham.

"I want to put back up this photo of these Ohio protesters that went viral this week," said Reid. "A lot of people said it looked like a zombie movie. Sombie directors also think so too. It looked like a scene out of the walking dead or whatever. What is this rage that these — that these protesters, one of them is running for office, I should note, one of the people in that office. What is it that they're trying to channel here?" added Reid. "Is this sort of neo-Confederacy, and what the hell does that have to do with a pandemic?"

"It is the vernacular of fear," said Meacham. "We have two tributaries in American life. We have a tributary of hope, of building of a journey toward a more perfect union despite our manifest faults and we have a tributary of fear which is they are coming for us. And there's always been a they. There's been a they since the 1790s when john adams and the Federalists passed the Alien and Sedition acts which gave the United States power to deport immigrants that he just deemed to be undesirable."

"I think what we're seeing now is the manifestation in this particular moment of pandemic and let's be clear, the pandemic for many people is creating anxiety and a even more distrust of the institutions that one would ideally count on to deliver social order," said Meacham.