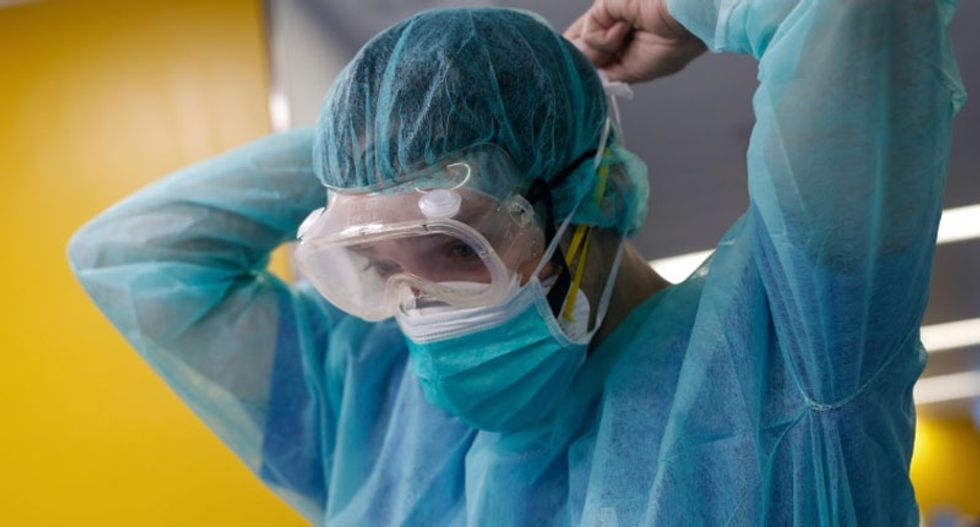 The U.S. Strategic National Stockpile is nearly out of crucial medical equipment before the coronavirus pandemic hits its apex.

The Department of Health and Human Services told the Associated Press that the stockpile is nearly out of the N95 respirators, surgical masks, face shields, gowns and other medical supplies needed to protect medical workers treating COVID-19 patients.

That statement confirms federal documents released earlier Wednesday by the House Oversight and Reform Committee showing about 90 percent of that medical equipment has already been distributed to state and local governments.

The remaining 10 percent will be held back in reserve for federal response efforts.

"The President failed to bring in FEMA (the Federal Emergency Management Agency) early on, failed to name a national commander for this crisis, and failed to fully utilize the authorities Congress gave him under the Defense Production Act to procure and manage the distribution of critical supplies," said House Oversight chair Carolyn Maloney (D-NY). "He must take action now to address these deficiencies."

Trump has blamed the states for not preparing better for the pandemic, but the AP reported Sunday that his administration wasted nearly two months after warnings in early January.

Bulk orders for medical supplies did not come until mid-March, after hospitals in some states were already treating thousands of patients.