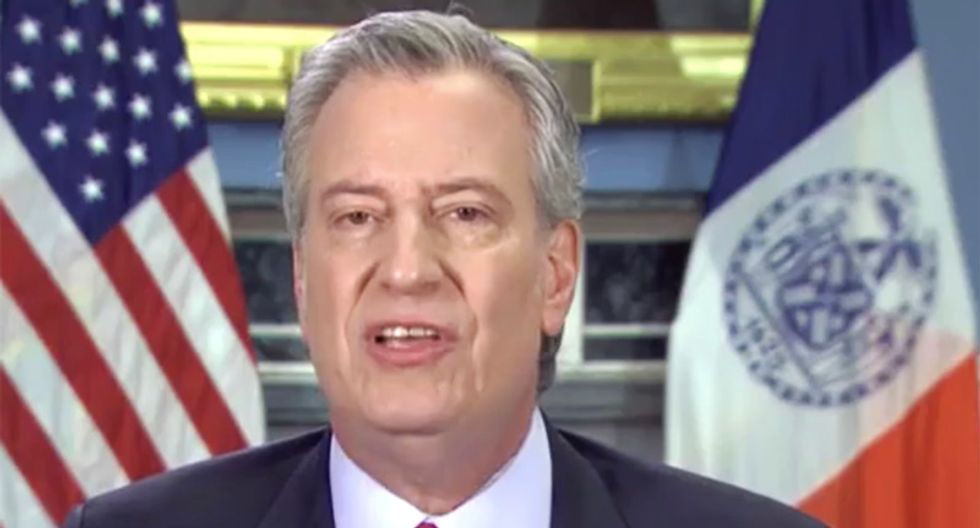 Appearing on CNN's "New Day" with host Alisyn Camerota, New York City Mayor Bill de Blasio (D) unleashed a fusillade of criticism at Donald Trump saying the president is failing the people of his city and that he can "kiss his re-election goodbye."

According to the mayor, the president is too concerned with firing up his base to care about people dying from the coronavirus pandemic --and that voters are going to remember come November.

Saying he has reached out to the White House, the mayor revealed that he is hearing nothing back.

"This is the part that's amazing to me, Alisyn, and why I'm so shocked by his silence," the big city mayor explained. "You're not going to have a restart and economic recovery if the cities and states that lead the American economy are back on their heels and can't provide basic services, and I said this to the president."

"I said, I know you want to restart, I want to restart. We can't do that if we cannot even function as cities. I heard dead silence, had a number of conversations with him, have heard nothing back," he told the CNN host. "And he's a New Yorker, he was now he lives in Florida, but he's literally said nothing about how to help the place that's been the epicenter to get back on its feet. So what I think the president should be thinking about is two things and only two things: testing so we can actually all beat back this disease, and the stimulus -- allow the stimulus to allow our economy to recover. These are the two things he's dropped the ball on."

"I think history's going to judge him very harshly and put him in the same camp as Gerald Ford and even Herbert Hoover, who ignored what the depression was doing to people and failed to bring the country back," he added. "That's where this president is now and he should kiss his re-election good-bye if he thinks he's going to be able to convince the American people to want four more years of a guy who can't even get the basics right."