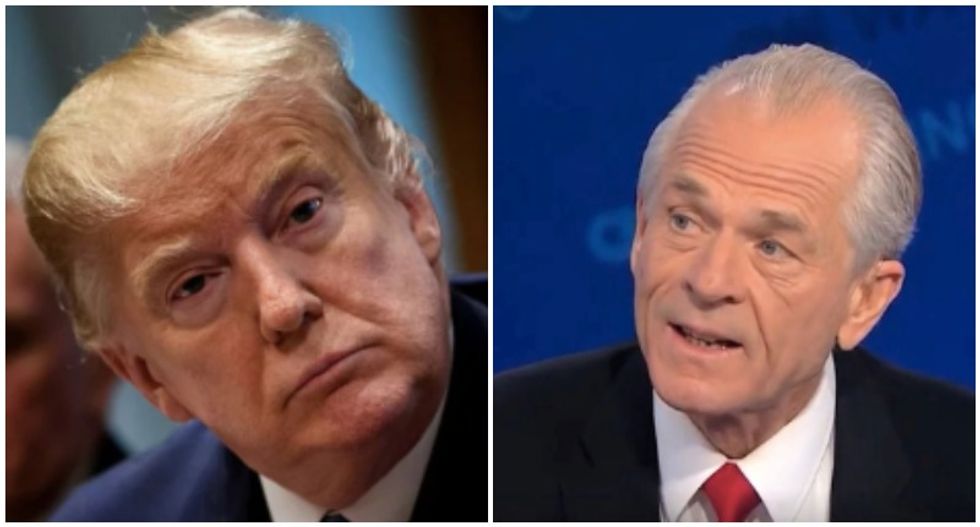 President Donald Trump was warned COVID-19 could be catastrophic, according to a bombshell new report published online by The New York Times on Monday evening.

"A top White House adviser starkly warned Trump administration officials in late January that the coronavirus crisis could cost the United States trillions of dollars and put millions of Americans at risk of illness or death," the newspaper reported.

"The warning, written in a memo by Peter Navarro, President Trump’s trade adviser, is the highest-level alert known to have circulated inside the West Wing as the administration was taking its first substantive steps to confront a crisis that had already consumed China’s leaders and would go on to upend life in Europe and the United States," The Times continued.

The newspaper quoted from the memo.

“The lack of immune protection or an existing cure or vaccine would leave Americans defenseless in the case of a full-blown coronavirus outbreak on U.S. soil,” the memo explained. “This lack of protection elevates the risk of the coronavirus evolving into a full-blown pandemic, imperiling the lives of millions of Americans.”

The report, by Maggie Haberman, put the memo in context.

"Dated Jan. 29, it came during a period when Mr. Trump was playing down the risks to the United States, and he would later go on to say that no one could have predicted such a devastating outcome," the newspaper noted. "In one worst-case scenario cited in the memo, more than a half-million Americans could die."

"The memo, which was reviewed by The New York Times, was sent from Mr. Navarro to the National Security Council and then distributed to several officials across the administration, people familiar with the events said. It reached a number of top officials as well as aides to Mick Mulvaney, then the acting chief of staff, they said, but it was unclear whether Mr. Trump saw it," The Times noted.

Weeks after the January memo, Trump was claiming that "the coronavirus is very much under control in the USA."

"Stock market starting to look very good to me!" he added, with an exclamation mark.

The Coronavirus is very much under control in the USA. We are in contact with everyone and all relevant countries.… https://t.co/OwF1dR3caM
— Donald J. Trump (@Donald J. Trump) 1582580522.0