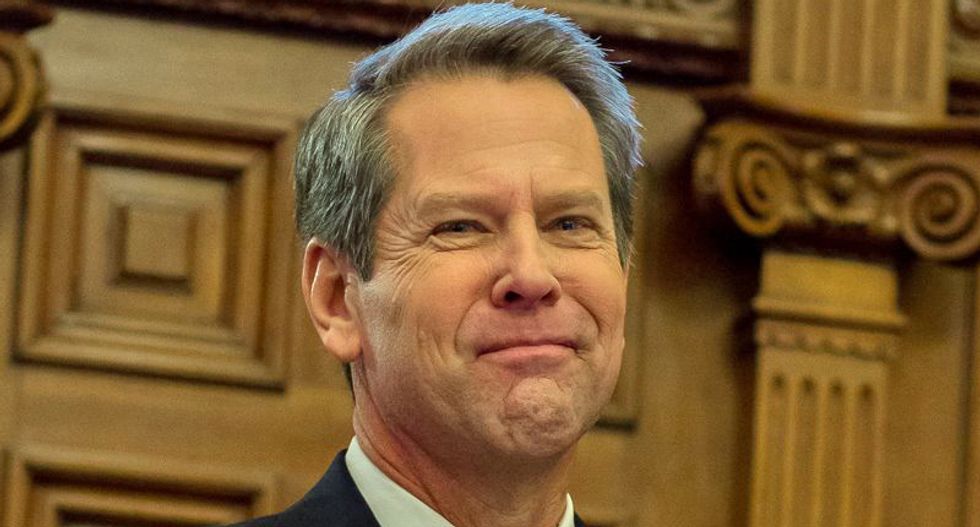 On Thursday, writing for The New York Times, physician and infectious disease expert Keren Landman broke down how Gov. Brian Kemp (R-GA) bungled his push to reopen his state — and what other governors can learn from the affair.

"Last week was a bad one for Georgia, and an especially bad one for our governor, Brian Kemp," wrote Landman. "On April 20, he announced that he would allow Georgia’s tattoo parlors, hair and nail salons and other 'high touch' businesses to reopen as early as April 24, ahead of even President Trump’s ambitious plans. In the days since, the state has reverberated with political turmoil. Even the president rebuked Mr. Kemp for moving too fast. For better or worse, the governor has made our state the nation’s canary in this particularly terrifying coal mine."

"From my vantage point as a doctor, an epidemiologist, a journalist and a native Georgian, it’s clear that if there’s anything to be gained from this moment’s anguish, it is the opportunity to help others avoid our mistakes," wrote Landman. "Here are some of the lessons my state has learned."

First of all, she wrote, "It’s not just about having favorable data, or even enough testing. It’s about having the right infrastructure to assess it and ensure sustained decreases in cases." She noted that Kemp cherry-picked favorable data to use to justify opening — without an adequate system in place to make any such judgement.

"Fortunately, some other states with imminent plans to reopen, like neighboring Tennessee, have carved out exceptions or given leeway to local governments," wrote Landman. "But governors, especially Republicans who have historically clashed with Democratic mayors, may be lured into using the reopening as leverage. Don’t. The people who suffer most from the results of uncoordinated public health efforts are often the people who have the least. Save the peevishness for a lower-stakes crisis."

"Georgia went first. Some of our confusion and fears were inevitable — but the governor exacerbated those with his poor planning, and he may have set us up for a relapse. Inevitably, other governors will make other mistakes, even if they learn from Georgia’s mistakes," concluded Landman. "But as we — citizens, business owners and local politicians — are learning, that doesn’t mean we will fail. As other states reopen — and they will — saving ourselves and one another will be up to us."