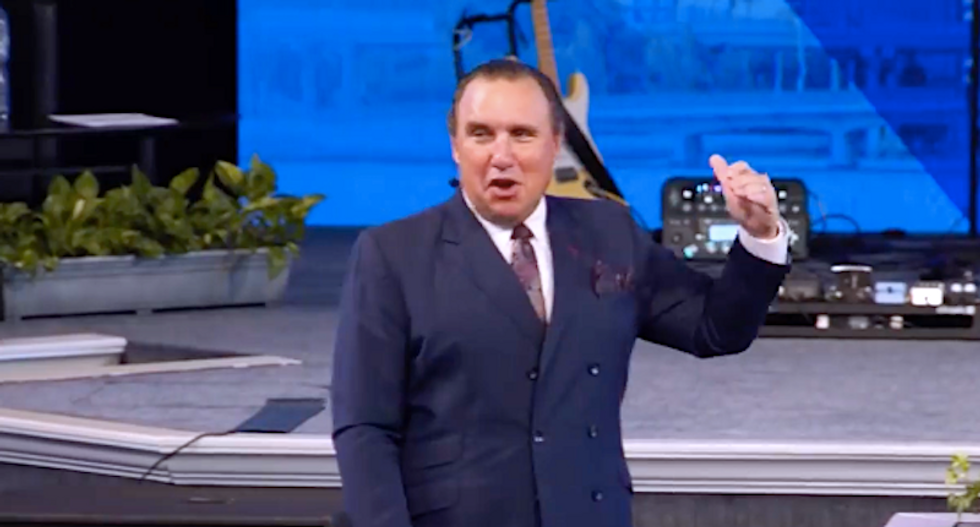 The Hillsborough Republican Party is standing beside Tampa, Florida Rodney Howard-Browne after he was arrested for violating the city's "stay at home" order, the Tampa Bay Times reported.

The pastor claimed that he had the cure for coronavirus because he was able to cure the Zika virus a few years ago. It led people to pack into The River of Tampa Bay church one Sunday morning, something the Center for Disease Control explicitly cautions against.

The local Republican group already has ties to the church, as their meetings are held there and many precinct representatives and members of the community attend.

“So Hillsborough Sheriff Chronister wants to ARREST a Church Pastor but let criminals OUT of jail?” said the GOP group on Facebook, which boasts of 11,108 "likes" on the page.

“We are not stopping anything. I’ve got news for you, this church will never close. The only time the church will close is when the Rapture is taking place,” Howard-Browne said two weeks ago.

He has since closed the church. Though he claimed that it had nothing to do with his arrest or the stay-at-home order. He said he wants to protect his followers, not from the highly contagious coronavirus, but from what he claims is a "tyrannical" government.

Read the full report at the Tampa Bay Times and see the post below: